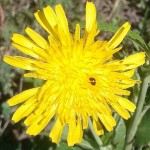 Tami has been blessed with many esoteric gifts from her Native American and Celtic ancestry. She first became aware of her abilities at 14 when she discovered her claircognitive and clairsentient abilities. She is also an Indigo child and a natural Empath with a deep connection to the energy of the universe. With the nurturing wisdom and development by her Grandparents she quickly became a lifelong student of the Arcane. In her community she found many enlightened Shamans, Healers and teachers to help her develop her craft. She has studied the Tarot, Numerology, divination, animal medicine, automatic writing, major world religions and energy healing. Tami began her professional practice of the Metaphysical Arts in 1993 and in 2015, followed in her Grandfather’s footsteps and became an ordained spiritual and interfaith Minister. Her readings are compassionate, practical and accurate. She believes that the universe wants us all to be happy as we fulfill our purpose in this lifetime. We need only ask for divine guidance from Source to get through the tough times and all we seek will be provided.