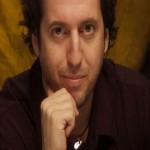 Tommy is Psychic, Clairvoyant, and particularly insightful Visionary and a highly-gifted card Reader. Since the Tarot cards were his first spiritual tool, and he never goes anywhere without them. Tommy garnered an interest in the cards at a young age when his mom first read for him using her Salador Dali deck. The mantle was passed on later on in life and he experimented with many decks until the artwork of a deck struck a deep chord within. He spent many months just studying the cards before even attempting a spread, refusing to push things until the cards really came alive. He continued to develop his gift, sticking with the Rider-Waite-Colman deck, delving deeper and deeper into the symbolism, and learning the specific astrological correspondences and meanings.