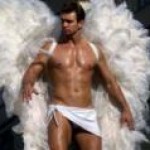 My name is Stephen, offering Clairvoyance, Clairaudience, Clairempathy and Clairsentience in my readings, as well as, proficient in psychometric observation and Tarot. I was named after Saint Stephen, the first Christian Martyr. His dying words were a prayer asking God to forgive those who stoned him. With the example set, I understood that real love is the ability to give without keeping account, and that forgiveness is a powerful force in combating the evil which sometimes surrounds us. I have provided accurate readings for many, some being celebrities. Your confidentiality is assured and my ultimate goal is to help you regain positive control of your life choices so you may act in your own best interest.