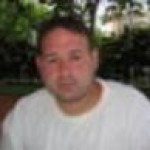 I have been providing readings with my Tarot cards since I was a little kid. I picked up my natural Psychic abilities, the art of the Tarot, my wisdom, and my compassion from my grandmother. My Grandmother Anne was a gifted Psychic, read cards, leaves and practiced the occult, because it was something that their family had done for generations. It was my Grandmother, acting as my guardian spirit that led me to Cuba, and led me to the gifts I have today. Throughout my young life, I was interested in the occult, but it would not be until my 30th birthday that my life's paths would conjoin. Since graduating college, I have been a teacher and college professor, and I even have two graduate degrees in education, one from an Ivy League university. However, at 30, I decided to venture to the country of Cuba which is forbidden to Americans (do not ask how I got in) in order to study and gain initiation into the Afro-Cuban religions.