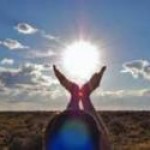 The most common of all things in life are the most mysterious. The mind is the cornerstone of all mysteries as it masters the universe. I have the psychic abilities to venture beyond the mysteries of the mind. I’m often called a Prophet; one with the gift of extra sensory perception. Even as a child, I had visions of many things that did not occur until much later in my life. I realized that I had a very special gift when my visions would actually come true; even when they did not concern me specifically. My visions are revelations that are so precisely spiritual, they are powerful! Let me take you over that horizon which seems to be a bearer in your life.

This is just a selection of some of our favorite feedback. All of our feedback is 100% genuine & user-submitted so please excuse any typos or errors, thanks!

Thanks for a great reading.

View All Feedback for Lady Jeremiah →