A young man, wearing a red cape and a headband, stands behind a table and raises in his right hand a double-tipped wand. The tips might be flames, or they might be gleaming quartz crystals. He’s looking straight at you. Yes, you! Meet The Magician, the bridge between the visible world and the invisible world. No mere entertainer, he conjures up wonders. He is the creator who manifests whatever is in your spiritual or intellectual “bank account” of hopes, dreams, and ideas. The symbolism is apt: One of his hands is raised toward heaven and the other points to the earth, rich with flowers.

Of the 22 Major Arcana cards, in Tarot, The Magician is numbered “1,” so it’s pretty plain he’s important to the Tarot. Actually, the whole process of Tarot reading is ruled by The Magician. On the table in front of him are symbols of all four suits in the Tarot deck, Cups, Wands, Swords and Pentacles: a cup, a wooden wand with live green leaves, a sword and a pentacle, which is a golden coin stamped with a star. Notice, too, that The Magician with his red cape and direct gaze, and the golden background, commands not only heavenly forces but our full attention.

The Magician appearing in your reading, with the card upright, means one of three things:

Occasionally I have seen The Magician signify one more thing, not so positive: a younger man who’s cleverly managed to manipulate a group of people, often his family, to wait on him and fulfill his needs although he is capable of supporting himself. He might be, for example, a wayward or substance-abusing son that the family can’t bear to kick out onto the street where he belongs. He knows what buttons to push to make Mom or the family feel guilty or responsible. If this is the case, The Magician will be one of the first three cards appearing in a reading. He has fixed it so that whole world revolves around him. 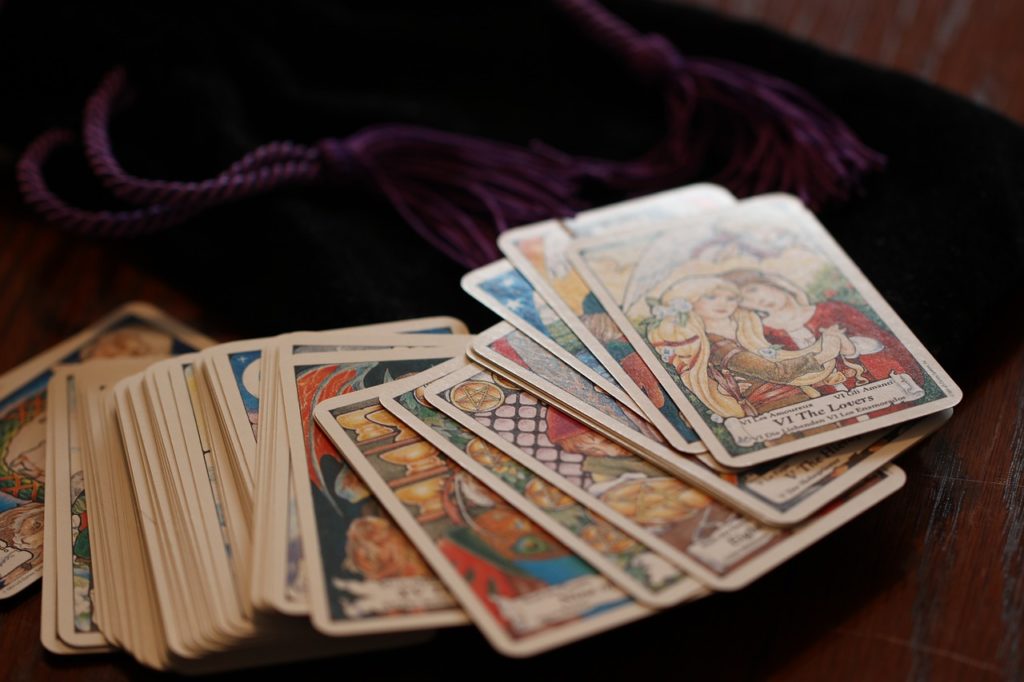 The Magician card, reversed, generally means one of four things, depending on its position in the reading, and the cards surrounding it:

Almost all Magician cards, no matter what image the deck uses (and The Magician can be elderly or female), show above The Magician’s head the symbol of infinity. The possibilities for creation and manifestation are, of course, infinite; they come from above. When this card is reversed, it indicates that this idea or person will cause troubles that will echo maybe not exactly to infinity but down the corridors of time.

This is always a powerful card in any reading, and the cards surrounding it in the spread, particularly those preceding and following it, tell the reader much more about you. Always ask your Tarot reader for clarification if you have any questions.