As a Tarot reader you must patiently explain that the Tarot is about life and never about death, and that Tarot cards are symbolic, not literal, and that this particular card, the Four of Swords, belonging to the Minor Arcana and furthermore one of the lower numbers in the suit of Swords, is not about anything as momentous as death, but about one’s daily life.

The knight in this picture has removed his body armor and hung three swords on the wall, out of reach. No, they won’t fall and pierce him. Our knight is bathed in the golden color of sunshine, filtered through a stained-glass window picturing a female with a halo or large crown who might be holding a baby. In front of her kneels what looks like a boy in a red jacket, adoring her or receiving a blessing, but the figure’s features are androgynous. If the kneeling figure stood up, he or she would be as tall as the female, so the kneeling figure might be an adult rather than a child. In the classic 100-year-old Rider-Waite Tarot deck, when there’s ambiguity it’s deliberate, so we must conclude that the figure is “Everyman” kneeling, very much alive, before a greater power. 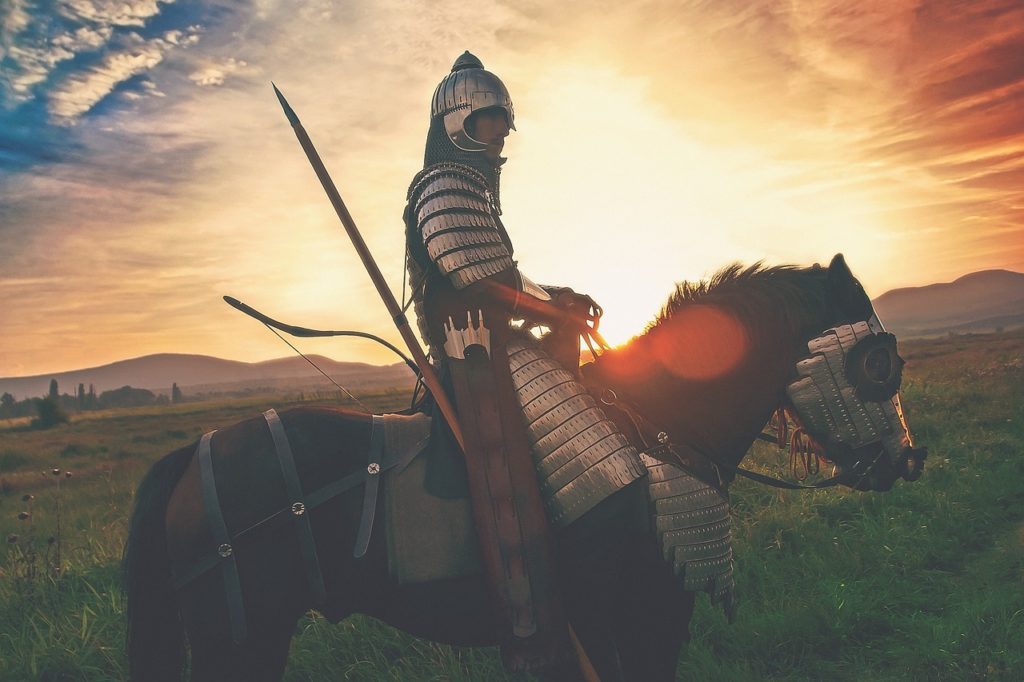 This card “looks like death” because it looks like the kind of stone vault found in mausoleums, topped with an effigy of the buried one. We furthermore assume our knight must be dead because his hands meet in the position of prayer. If he’s dead, it’s too late for prayer! His fourth sword is carved in bas-relief on the side of the box facing the viewer. It discloses his identity as a fighter, although at the moment he doesn’t seem like one. And he won’t be using this one again. Tell the Seeker that the strategy he or she has been using will not work anymore.

Undeniably it’s a peaceful scene, but this is not death but a chosen retreat – chosen, not cowardly. The knight hung up his swords quite deliberately. Swords, in Tarot, represent our emotions. Even the boldest knight doesn’t feel driven to fight all the time. A person needs to take off his or her armor, rest, take “me time” and give the soul and spirit a little air and light.

Advise the Seeker to let go of un-winnable battles, halt any wild-goose chases, and drop foolish hopes that somebody else will make you happy or provide an easy way out of an emotional swamp. At the moment, the best kind of work the Seeker can do is inner work, and that starts with rest, preferably time away from home.

The Four of Swords in the Past and Future

If this card appears in a position representing the Seeker’s past, the “time out” has already been taken. It might have been family leave to nurture children or parents, or a vacation to nurture the self and contemplate life. In some spreads, this card could mean a job layoff – one that comes as a relief.

But most often this card appears in a position representing the future. Tarot card readers should emphasize that the Seeker at the moment very much needs “me time,” preferably in solitude. Rather than wait for an opening, he or she should carve one out.

If stressed to the maximum, the first thing the Seeker will do is catch up on sleep and rest. That’s what the knight is doing. He understands that rest and sleep, healing activities, are just as holy and sanctified as anything we do in waking life. Our Four of Swords knight is re-charging. That’s why he’s glowing golden. 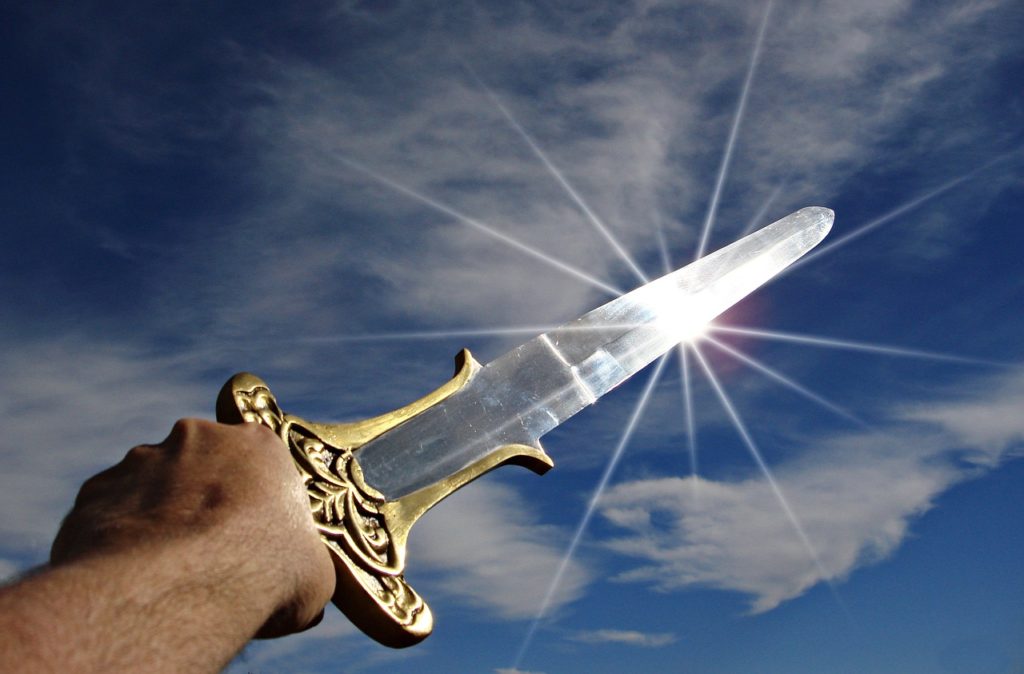 This is a positive card. The visual shock that telegraphs “Wait, isn’t he dead?” lets both Reader and Seeker know that its warning to “take time out” is serious. It also lets us know how focused our culture is on death, more so than on life. We don’t see what’s golden or colorful, or that the knight’s pose is prayerful. Have you taken time out today for prayers or meditation? Did you pray for or cultivate your own emotional strength and healing?

The Four of Swords Reversed

Upside-down or reversed, the Four of Swords advises the Seeker to gird himself or herself, and prepare, after a break or uncertainty, to return to the challenges we have chosen. Much of the time we choose our challenges, just as the knight in the picture has chosen knighthood as his profession. The Four of Swords reversed is still golden, with the stained-glass window representing the spirit, letting us know that challenges, demands, schedules, orders and stress aren’t all there is to life.