“The goddess of gems,” emeralds were Queen Cleopatra’s favorite jewels, mined in ancient Egypt from a mysterious source called “Cleopatra’s Mines.” Emerald honors and represents a global array of ancient goddesses of love, family, and fertility: Isis, Ceres, Venus, and a trio of Celtic goddesses, and the Hindu goddess Annapurna. As a power stone, sources agree that it is primarily “the stone of successful love.”

Between Cleopatra’s time and about 1500 A.D., most emeralds were mined in India. Spanish explorers in South America saw the Incas wearing emeralds and forced them to reveal the secret locations of their mines. Precious and beloved, emerald is the stone of springtime, youth, and the heart chakra as well as the month of May. Older women wear it hoping the emerald’s springtime aura makes them seem younger.

A clear-as-water emerald, rarer than a flawless diamond, can cost more than $3000 per carat, far costlier than diamonds. Yet the irresistibly green stone is fragile or brittle, measuring 7.5 to 8 on a 10-point scale. Because emeralds almost always have natural impurities or internal fractures they are prone to cracking, and so are best worn as earrings or pendants rather than rings.

Emeralds are not rare, but a transparent emerald of size is the rarest stone in the world. A priceless transparent emerald weighing a spectacular 35 carats is on display at the Smithsonian Museum of Natural History. The world’s largest emerald is the Bahia Emerald, a stone matrix weighing 840 pounds containing 180,000 carats of emerald. For now, that trove of emerald remains in the stone it grew in.

Scientists grow emeralds in laboratories—crystals chemically the same as natural emeralds. Yet the process is slow, with the stones growing by only one millimeter a month, so the emerald-growing business is not very profitable. The manufacturers must label these emeralds as “lab-created” stones, and they even deliberately insert flaws in them so they resemble natural stones more closely. 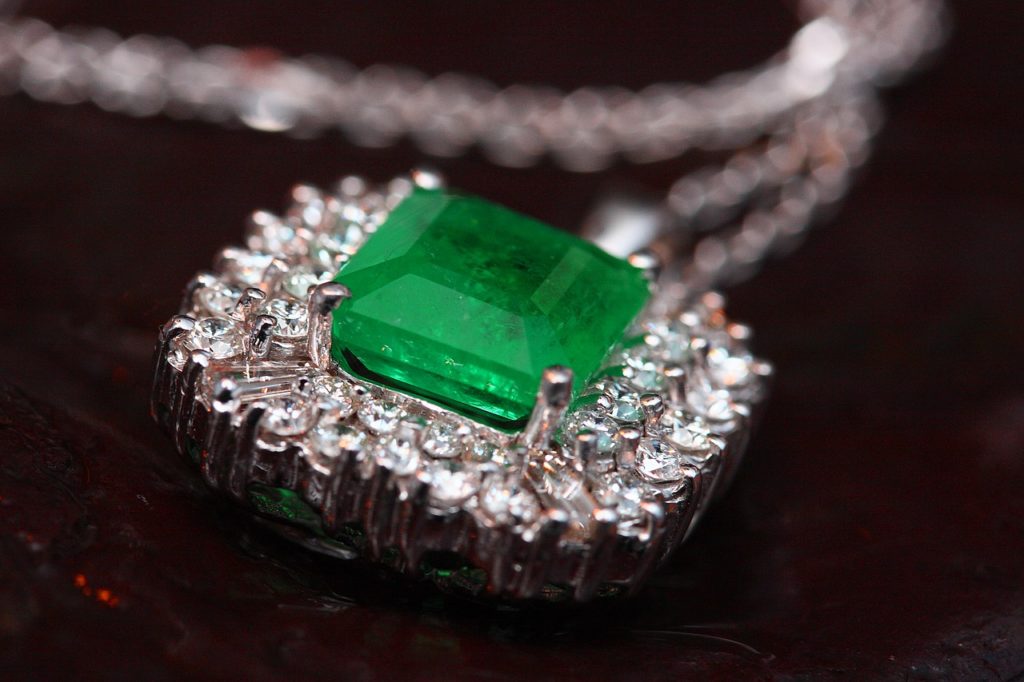 Unlike stones such as diamonds or amethysts, for metaphysical purposes a transparent or gem-quality emerald is not necessary. Cloudy emeralds often have a more saturated and uniform green color, known as “Colombian green,” named for what is now the world’s richest mining area. Gem-quality emeralds are routinely “oiled” to deepen their color and fill in their natural fractures. This does not affect their value; jewelers expect that most emeralds will be oiled as well as “included” or clouded inside. Slightly different chemical “signatures” in the stones can indicate where the emeralds were mined.

Emerald is queen when the Sun is in Taurus, from late April to late May, when spring has upholstered the whole earth in greenery. Because the zodiac signs don’t quite fit with our calendar months, emeralds are astrologically associated with both Taurus and Gemini, but Gemini to a lesser extent.

Hindu astrologers recommend for May-born Geminis the stunning green tourmaline, with its suggestion of electric blue. Like the emerald, tourmaline can be a brittle stone, so it should be worn as a pendant rather than a ring.

The emerald birthstone enhances the business careers of those born in May, encouraging growth, profit, productivity, and material manifestation. Simply owning an emerald can make you feel rich no matter what time of year you were born. In modern times which emphasize creative minds, the emerald has the power to inspire and stimulate personal creativity. Ancients used it for eyestrain and exorcism.

Those who know that the emerald encourages successful love this might have an emerald placed in their diamond wedding set. Daya Sarai Chocron in Healing with Crystals and Gemstones says that the emerald works best when worn on its own or with a diamond. “If worn with other stones,” she writes, “its power is decreased or nullified.” You can believe that or not. It is also said that emeralds (remember, they don’t have to be clear or perfect) are “excellent altar stones when combined with a green candle.”

Green stones, emeralds and others, and particularly dendritic agates, which are white with green lace, tend to be money magnets. Green jade is not a good substitute; in the Western world there is little jade of gem quality and therefore has never been a birthstone.

Of course the most important factor with any stone is whether it appeals to you!