“You are made of stars,” says an old Slavic proverb, and centuries later scientist Carl Sagan, on his 1980s TV show Cosmos, said, “The cosmos is within us. We are made of star stuff.”

Stars are masses of gas and fire, millions or billions of miles away. How are we made of “star stuff”? Astrology, meaning “star-speak,” asserts that a special band of stars out in the cosmos, called the zodiac, speaks to us. How could anyone ever think that’s true? 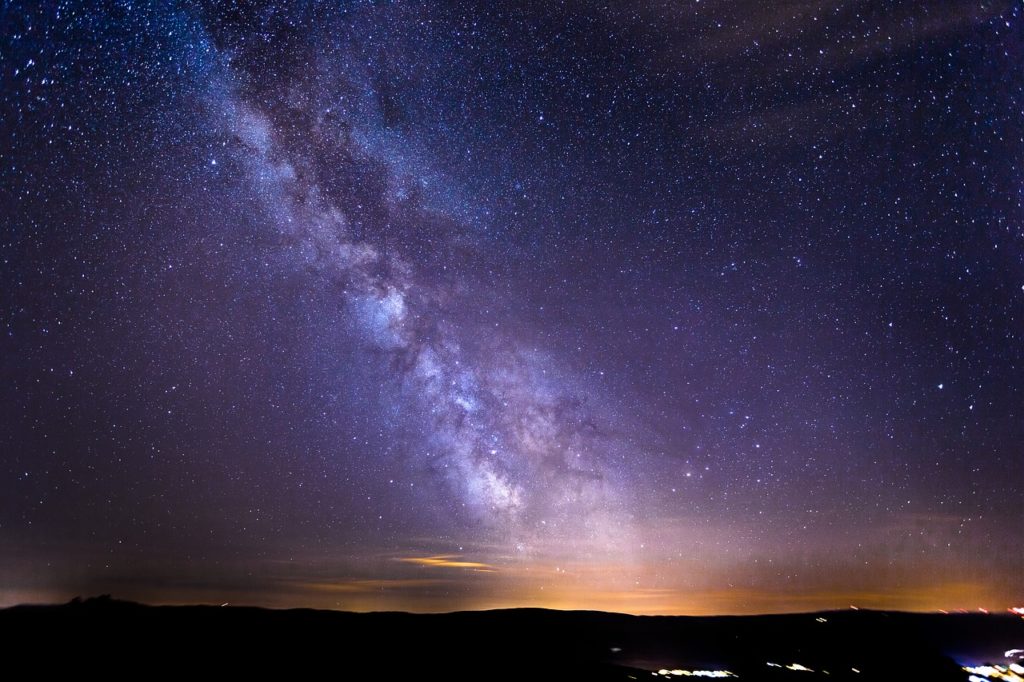 For some, seeing how the Moon controls tides or living through a Mercury retrograde period is proof enough that events in outer space affect human beings. For 4,000 years, people of all tribes and faiths have studied stars and planetary motion and related them to events on Earth. Planets might have “pull” as our Moon does, or emit vibrations, or God arranged them and therefore they have meaning. We don’t know exactly how stars and planets affect us; that is yet to be discovered.

But science—which belittles astrology—has proved that we are made of stars. It’s not merely a saying. Your body mass is 93 percent stardust. Your body is using more stardust all the time to renew itself. Here’s another link if you need National Geographic to convince you. 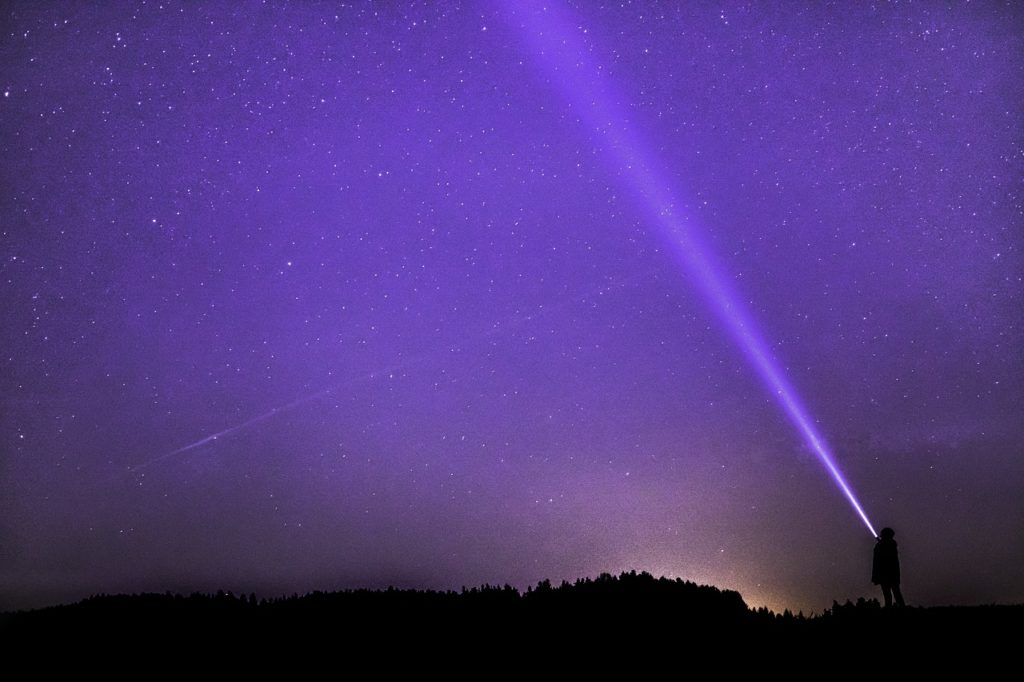 Your Body and the Stars

Stargazing on a clear night is more than what meets the eye; it’s a soulful experience. If there’s no light pollution, we can glory in the wall-to-wall stars and the misty band of the Milky Way, our galaxy among the billions of others out there. The constellations, made of the brightest stars, stand out. We might recognize the trio of stars known as Orion’s belt, and in the northern hemisphere, the Big Dipper. Our universe is beautiful. It’s amazing. Nations today spend millions to learn more about it, and make available to everyone the awesome photos and videos that space missions send back to Earth.

Here’s how you came to be made of stars: Stars begin their lives with one element, hydrogen, the atom with a single nucleus; it is element #1. Eventually hydrogen atoms bond, creating helium and heat that ends in a nuclear explosion hotter and a billion times brighter than our Sun. This explosion rearranges atoms and spews more elements, building blocks of the universe, the first 26 elements of the Periodic Table, in the forms of gases and dust. They include oxygen and solids like carbon, iron, and calcium.

The explosion drives the dust far into space, where it cools. Some of the dust accumulates just like dust bunnies, becoming planets or comets. The gases fuel a new generation of stars. 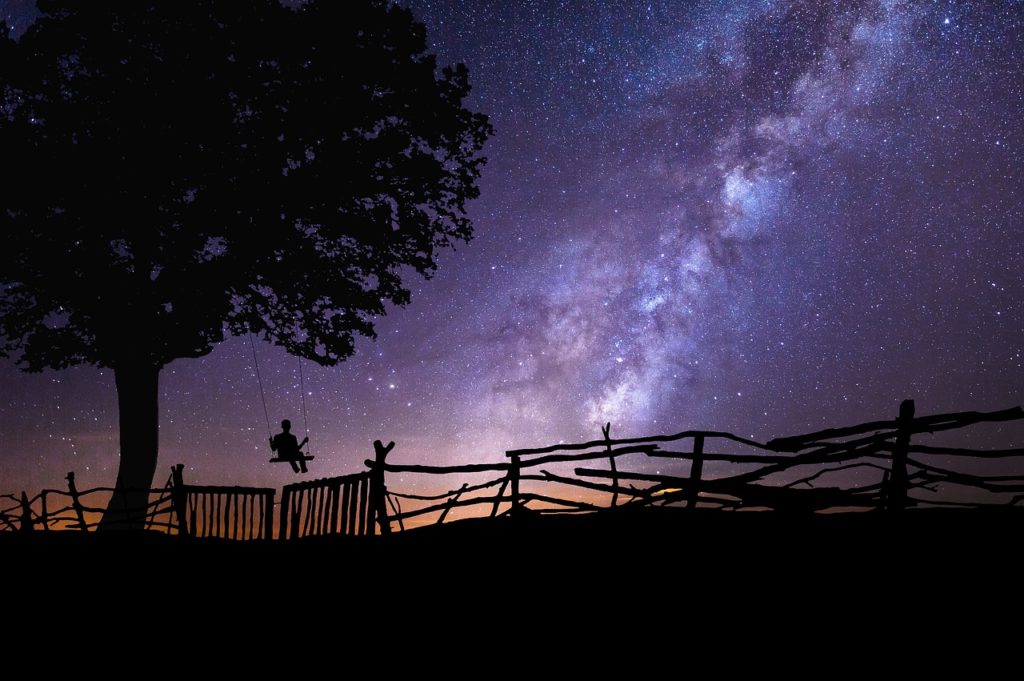 In case you aren’t sure that the human body was created from earth or dust, in Genesis 3:19 God says to Adam, “By the sweat of your face you shall eat bread, till you return to the ground, for out of it you were taken; for you are dust, and to dust you shall return.”

Stardust is a recent discovery. In the 1970s scientists thought they’d proved that exploding stars gave off only clouds of gases that condensed into solids as they cooled. But scientists studying meteorites, chunks of stardust that have fallen to earth, learned that the explosions also threw off dust whose elements matched the proportion of elements on Earth. Tons of stardust still fall on Earth every day. 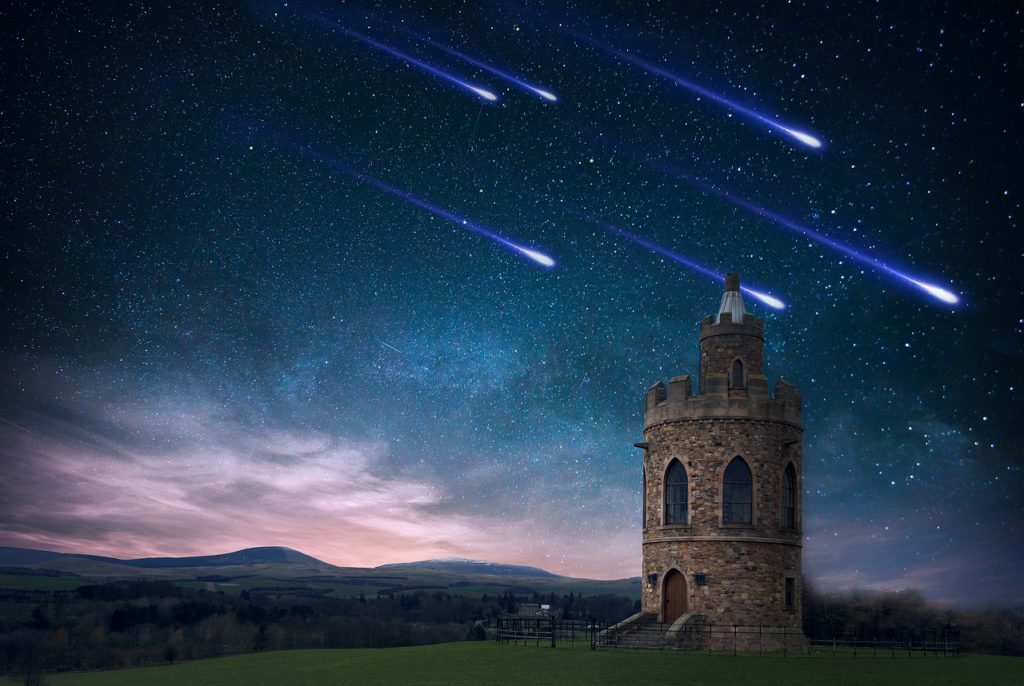 You’re aware that your body requires oxygen, iron, calcium, and magnesium, and also contains elements such as carbon and nitrogen. The only element of your body mass that isn’t stardust is hydrogen, that #1 element that started everything, the most abundant of all elements. The other elements, though, are much heavier; that’s where the “93 percent of your body mass” figure comes from.

Who or what created the universe in which hydrogen atoms morphed into stars, we can’t ascertain. But you and everyone on Earth are made of star-stuff. The people at the grocery store are all made of stars! But only some of them know it.