Ringo Starr is a Sun Cancerian with a Leo Moon and Pisces rising. A Cancerian with Pisces rising is a sensitive person, artistic, an empath, sentimental, but not eccentric, because he or she wants to fit in with like-minded people. Venus at the root of Ringo’s chart means that his being’s foundation is love. Ringo greets fans with the words “Peace and love.”

It was he who tried to keep the Beatles together – and who walked out on a recording session, the first move in the band’s breakup, because he found Paul McCartney playing the drums in his place: a multi-level betrayal that broke Ringo’s proud and sensitive heart.

All the Beatles were born into England’s working class, but Ringo had an exceptionally difficult childhood, enduring long stays in hospitals and very rare meetings with his father. Nonetheless, he made good and the world is on a first-name basis with “Ringo,” born Richard Starkey, Junior. He played an indispensable role in the most popular rock-and-roll band of all time. Knighted in 2018 by Britain’s Prince William, Ringo is now Sir Richard Starkey.

Most extraordinary in Ringo’s chart is his natal Leo Moon, centerpiece of a four-planet conjunction called a stellium, which grants genius. Leo Moons are high-rollers, like to be lionized as VIPs and granted powerful positions, or at least carte blanche. But Ringo has three other planets in Leo on top of his Moon, and this astrological situation radically changes the reading of his chart. The chart has Mars in conjunction with Pluto, a difficult and unfriendly planetary conjunction, frustrating and hard to work through. Hillary Clinton has a Mars-Pluto conjunction, and so do Paul McCartney (two years younger than Ringo), Brian Wilson, George Michael, Trent Reznor and Cher, to name only the musicians. YouTube gaming superstar Daniel Middleton has a Mars-Pluto conjunction, as did mass murderer Cho Seung Hui, and so did some great writers who in their time were called eccentric or neurotic: American Emily Dickinson, British Elizabeth Barrett Browning, and Frenchmen Emile Zola and Charles Baudelaire. 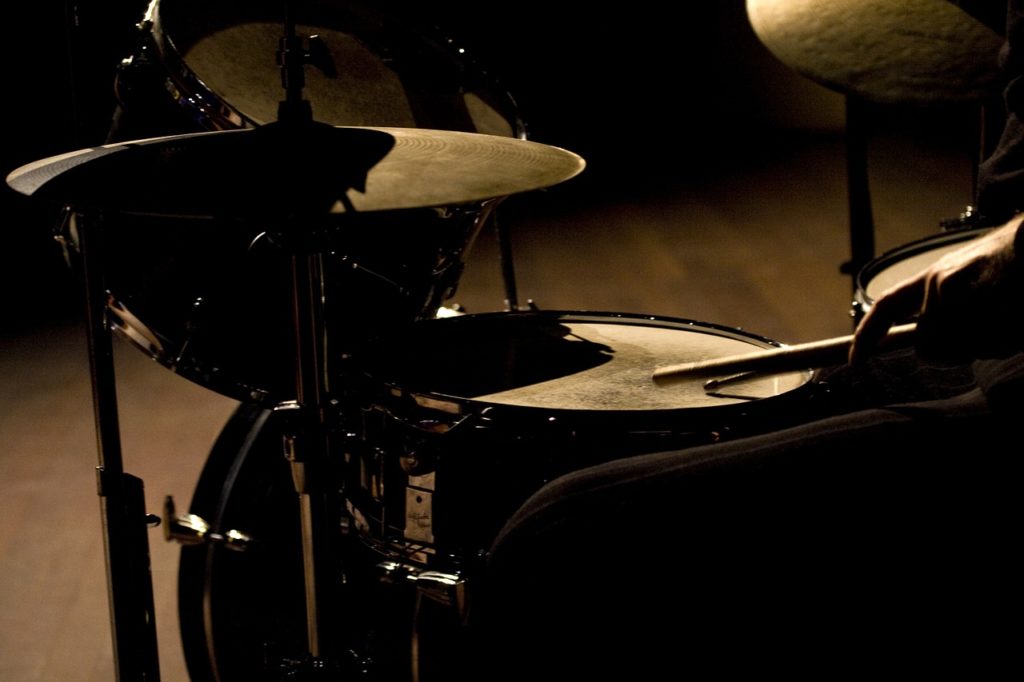 Mars-Pluto conjunctions in natal charts present challenges, but also provide intensity and a moral character driven to reach the top – and these people often do, if they follow their hearts. Ringo’s conjunction atop his Moon means he will always be challenged by circumstances, but that his greatest challenges are emotional and personal – and as a Cancer Sun he’s already emotionally sensitive. As well as we fans think we know him after his 50 years on the world stage, we do not and cannot know his internal battles at all. He’s never been one to complain or air his laundry.

Where Does Talent Come From?

Young Ringo discovered drumming around age 13, during a hospital stay. He had so much talent that after his recovery he did not return to school but began a career. By the time he met the other Beatles in 1962, on the rock-and-roll scene Ringo was an established professional.

Having overcome numerous early challenges, in his early 20s he was a musician, a creative artist: the ultimate dream of many Sun Cancerians.

Ringo’s birth chart has a “bowl” pattern, with all but one planet beneath the chart’s horizontal access. This signifies someone who excels without needing compliments and glory. (Meghan Markle, now a duchess, has a similar behind-the-scenes “bowl” pattern in her chart; she’d rather do charity work than have tea and a photo op with royals.) The other three Beatles sang, and Ringo didn’t. The other three wrote songs, and Ringo didn’t. He sat behind the other three, his drum kit on risers or not, and did not banter with the audience as John Lennon and Paul McCartney might. Of the four, he would never be called the cutest or greatest, but without Ringo the Beatles would not be.

Ringo’s inborn creativity is assured by the crowd of planets in his natal House 5, house of creativity; it’s his busiest astrological house and the home of his four-planet stellium. No matter his situation in life, he’d vanquish it with creative talent. “I’m really left-handed playing a right-handed kit,” Ringo told a music journalist. Most drummers couldn’t adapt, but Ringo did.

Lennon and McCartney wrote most of the songs, but trusted Ringo to come up with drum tracks that gave these songs a beat and “legs.” You can listen to every Beatles recording ever made and hear John, Paul and George each at times making little mistakes, but Ringo’s drumming was faultless. Tested against a metronomic device he was judged the most accurate drummer in all rock ‘n’ roll.

It seems that only God’s grace could have brought the four Beatles together to mesh their extraordinary talents and make extraordinary pop music. Astrologers have tried to explain the band’s chemistry by interpreting each man’s chart, or comparing all four charts, or looking at the planetary transits on the day they made their first recording, and so on.

Ringo can first thank his creative House 5 for containing a chorus of four planets plus his natal Cancer Sun and healing asteroid Chiron – all these granted the desire and ability. The Cancer Sun and his Pisces rising gave him the inclination to fit in. For his fame and money he can thank a Jupiter-Saturn conjunction in his House 1, a guarantee that despite Saturnine losses and burdens, and a tendency to be sickly, allergic or accident-prone, Jupiter would use those as ingredients for future greatness.

The Jupiter-Saturn conjunction is in Taurus, the money sign. The planet Uranus was also in Taurus, in Ringo’s House 2, house of finance, and capricious Uranus changed his financial situation not only once but several times. Ringo’s planets in Houses 1 and 2 together show potential for work that brings in money like the tides. True to his Taurus planets and Leo Moon, Ringo rather liked to show off his wealth by wearing numerous expensive rings: thus the nickname.

Interviewers say Ringo in person was well aware of how big of a star he was – proof that his prideful Leo Moon ego survived its forced binding with the Pluto-Mars-Mercury conjunction that was both his challenge and gold mine.