In astrology, the full moon means the Moon is in opposition to the Sun. For individuals, this energy supports the union of body and spirit through yoga, charity work, or church attendance. For families and groups, the full moon encourages fun and refreshment: camping, carnivals, retreats, reunions, and feasting.

Our moon, that wonderful floating pearl in the sky, helps keep life on Earth balanced by keeping ocean waters in flux and regulating tides so precisely they can be predicted far in advance. Farmers plant seeds while the moon is waxing, and the reason isn’t mystical; it’s logical. While moonlight is increasing, the Earth gets more light. Adding moonlight to daytime sunlight accelerates plant growth because plants always reach for light. 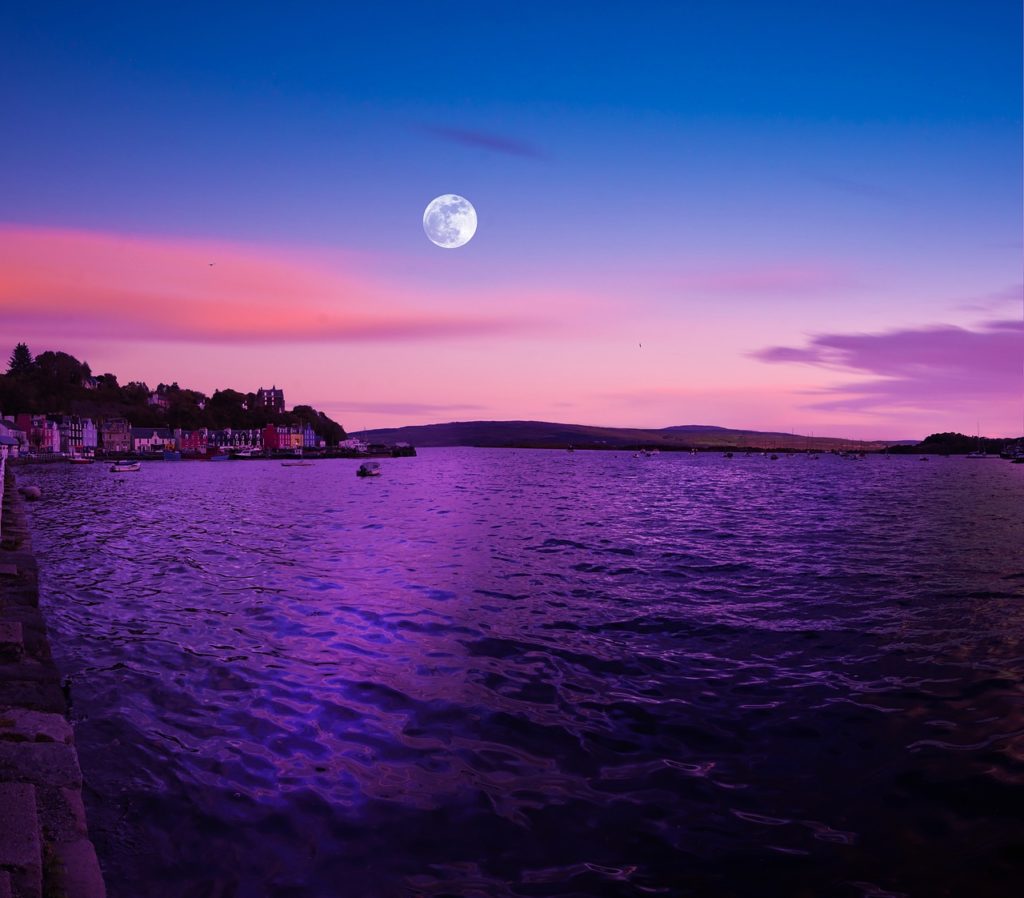 If the moon affects phenomena as powerful as ocean tides and as tiny as germinating seeds, it must affect humans. Yet the well-known “Full Moon Effect” which says there are more accidents and crimes during full moons is not real. Emergency-room workers and police on the graveyard shift expect more mayhem on nights the moon is full, but multiple studies of hospital admissions records and police-blotter statistics show that full moon nights are like any other nights.  It seems the Full Moon Effect is a myth.

Or is it? You might vow that you have witnessed the Full Moon Effect in action. Lots of people say they have, and offer reasons why.

One explanation for the Full Moon Effect, reported by WebMD, says that at the full moon people sleep five minutes less, and 30 percent less deeply, because the night sky is more brightly lit. That makes sense, but it doesn’t prove the full moon inspires criminal or impulsive behavior.

Or it’s asserted that the full moon’s gravity must be “pulling” at the human body as it pulls at tidewaters because our bodies, like our Earth, are mostly water. But why would the “pull” be healthy for our planet yet affect human beings for the worse? That makes no sense. Tides do peak at the full moon, but also at the new moon. If negative human behavior is in tune with the ocean’s tides, there ought to be mayhem at the new moon just as at the full moon. But there isn’t.

Folk theories say that bad things happen at the full moon because that’s when wolves howl or evil witches ride their brooms. Or it’s said that the full moon’s pockmarked, almond-tinted face stirs up the sludge in our subconscious minds, but humans aren’t advanced enough to know what kind of thoughts or actions it’s stirring up or why. Associating the full moon with evil, we become uneasy on a full-moon night and believe it might prod other people (always other people!) to do bad things.

A belief is nothing more than a thought you keep on thinking. If at the full moon bad things seem to intensify, maybe we perceive that because we expect it. The numbers firmly state there’s no more evil or mayhem on full moon nights than on any others. Let’s look at it another way: Could the Full Moon Effect possibly be positive? Maybe—just maybe—the full moon can intensify what’s good?

Astrology has preserved the good news passed down through the ages: The full moon is energy. For humans it’s vitality. It’s get-up-and-go. It’s party, dance, romance, and ceremony. For goddess fans it’s Mother Goddess energy. In cities, moonlight is not an event; any streetlight is brighter. Away from cities, the full moon’s silvery light will cast crisp shadows just as if it were day. It’s awesome.

Some people do use full-moon energy unwisely. Yet multiple faith traditions celebrate and honor the full moon as a source of positive energy and refreshment. Japan has an annual Moon Festival planned around August’s full moon. Hindus hold festivals at every full moon, and celebrate Buddha’s birthday on a full moon. Native Americans named each full moon: Corn Moon, Hunter’s Moon, and Snow Moon, for example. None of these people were scared of it. 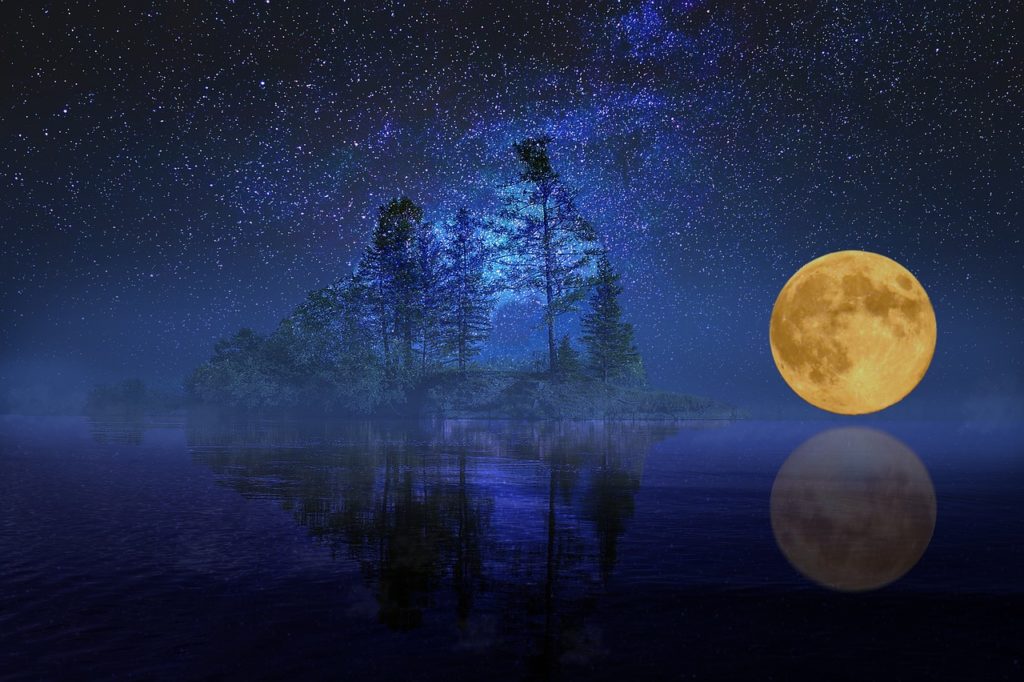 Dozens of traditional rituals take advantage of full-moon energy to manifest goodness and bid farewell to what’s unwanted. Here are a few simple moon-energy rituals. You might have heard or read about some of them:

Lovely Lady of the Moon, bring to me your wealth right soon.

Fill my hands with silver and gold. All you give, my purse can hold.

Repeat this three times. When finished, pour the water upon the earth.

Full moons encourage and empower insights, revelations, and dreams, and can fuel spiritual and emotional breakthroughs. Open up to feeling positive energy at the next full moon. Millions do. Use this infinite energy respectfully.