All horoscope fans this month have this excuse: “Venus is in retrograde.” It is true that the planet Venus turns retrograde on the afternoon of Friday, October 5. She moves backwards through the sky and zodiac the entire rest of the calendar month and until November 16, 2018. She does this every fifteen months for five weeks. Astrologers are obliged at these times to predict five weeks of stasis or backtracking for romance, because it’s true.

Venus is not the whole astrological story, though, in October 2018. The Moon and Mercury in this fine autumn month will trigger events wondrous or dire depending on how you, guided by your personal natal Moon and Mercury, handle them. The advantage of a monthly horoscope is a long view allowing advance planning. 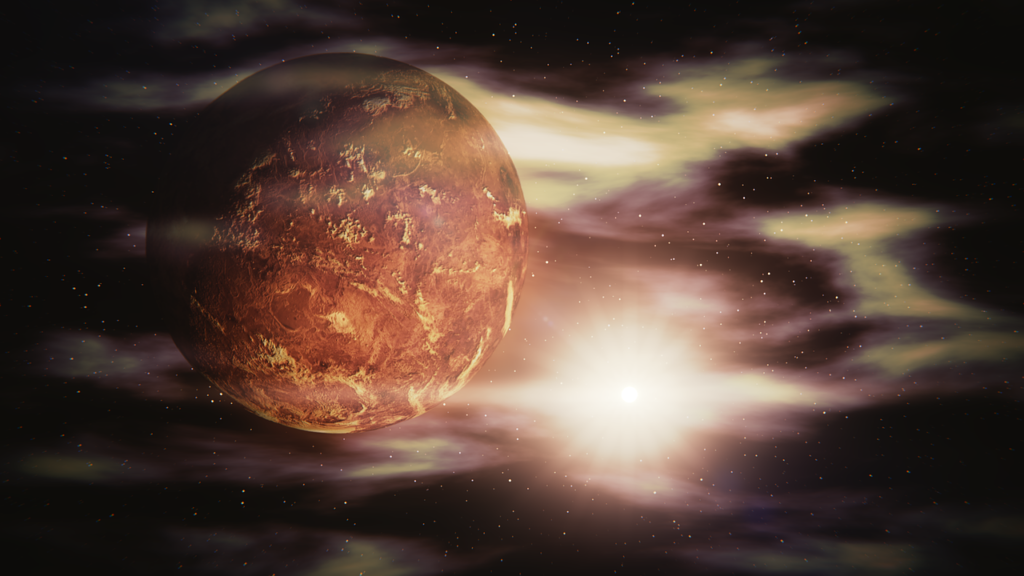 First, Venus will spend the whole of October in the zodiac sign Scorpio. Venus retrograde in Scorpio affects us all at the soul level. By the end of the retrograde period Venus will have planted transformative vibrations deeply into our psyches, preparing us for the future. We might not understand why we’re so into renovations and repairs, inner and outer, this month: We are recycling, revising, repainting, re-decorating, re-thinking particularly of our homes or favorite rooms or places to be, and certainly re-visiting our favorite people or memories. Those who follow astrology have the advantage of knowing it’s Venus-retrograde energy that is moving us.

If you can remember the events of 2010, the coming Venus-in-Scorpio retrograde period might well mirror them.

The Sun most of the month is in the zodiac sign Libra, symbolizing judgement, and Venus in the astrological “house” right next door, in the month’s astrological House 2, shining her bright light on matters such as art, beauty, property values, and relationships. By early November your true friends and allies and loyal employees will be at your side and the fair-weather people will be feeding off someone else’s energy.

When Venus cleans house, she means it. In August we witnessed, on a national scale, some of the U.S. president’s closest advisers and allies jumping ship, being fired or stripped of privileges, and then giving their personal testimonies in tell-all interviews or books. In August Venus was already casting her “shadow” over the path she will retrace when she turns retrograde. The president is learning about trust and loyalty, and the world should study this example.

The planet Venus is “stationing” or near-motionless during the month’s first five days. Personal life might be difficult from Monday, October 1 to Friday, October 5. It could be anything from having to fulfill an obligation to having your face break out. That said, there are seven other planets plus the Sun and Moon, and they support in October’s first week courts and judgements, self-care and therapies, home improvement, and reorganization of finances, with investments made now likely to show gains.

Why? Because on September 30, slow-moving Pluto, planet of transformation and the world economy, quit its own retrograde and is now moving forward in the sign Capricorn.

So Venus goes retrograde on Friday, October 5. By the next day, a Saturday, she is making a positive aspect with the Moon in Virgo, and the Moon in turn favors crusty Pluto moving ahead in crusty Capricorn. This is a very good day to prepare for updates to your brick-and-mortar or your retirement arrangements. When did you last spend a whole day assessing your financial status? Do you know your own net worth? This is a good time to find out. 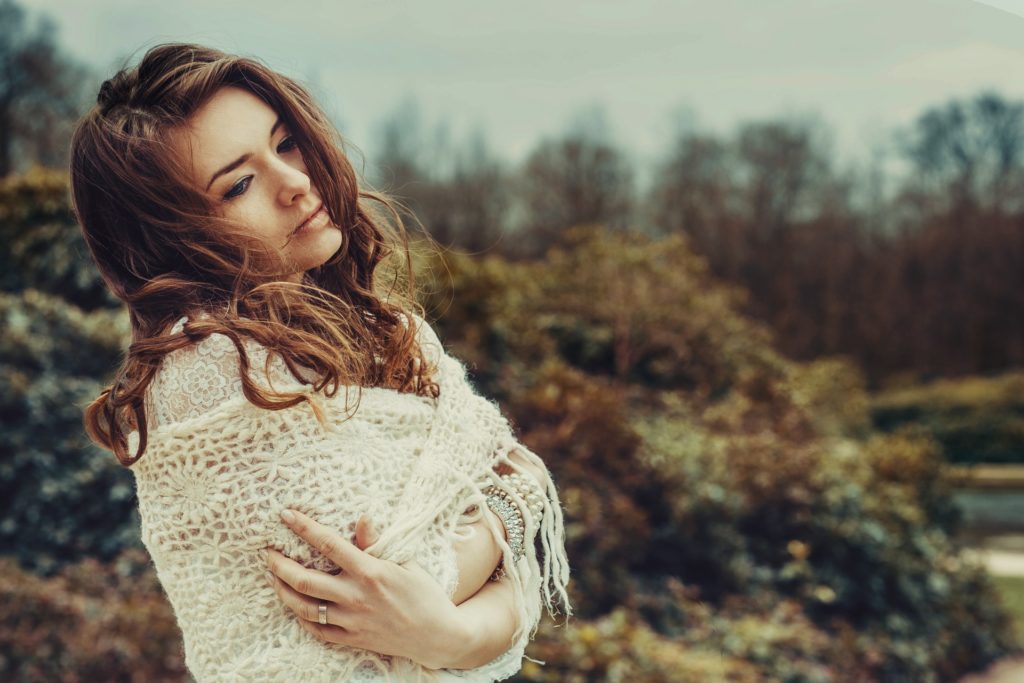 With Venus in retrograde, the queen of this month’s horoscope is the New Moon in Libra on Monday, October 8. Neatly finish up your day’s work, because the New Moon’s exact conjunction with the Sun is in the evening, and that’s when you should begin the new enterprise.

The following day, Tuesday, October 9, the Moon and Mercury meet in Scorpio and this conjunction occurs opposite the planet Uranus in Taurus. Draw up plans for changes to your home or household arrangements, but it is not smart this day to order renovation materials or furnishings. When Venus and the Moon meet on Wednesday, October 10 they favor real-life examination of real-life samples or swatches. Meetings with a male friend or colleague will find him either critical or distracted, with Venus squaring Mars in Aquarius. Schedule the meeting for another time.

The Sun is making an unpleasant “square” aspect on late Thursday the 11th. People get what they deserve then. That includes you. Your friends might be sorting you out as you sort your friends out.

Venus has no contact with any other planet between the 11th and 15th of October, a weekend. If you seek solitude to rest, or begin your renovation or revision work, the weekend is fine for that. The Monday afterward, October 15, Venus makes two totally positive contacts that signal you will be pleased, at the soul level, with what you accomplished. 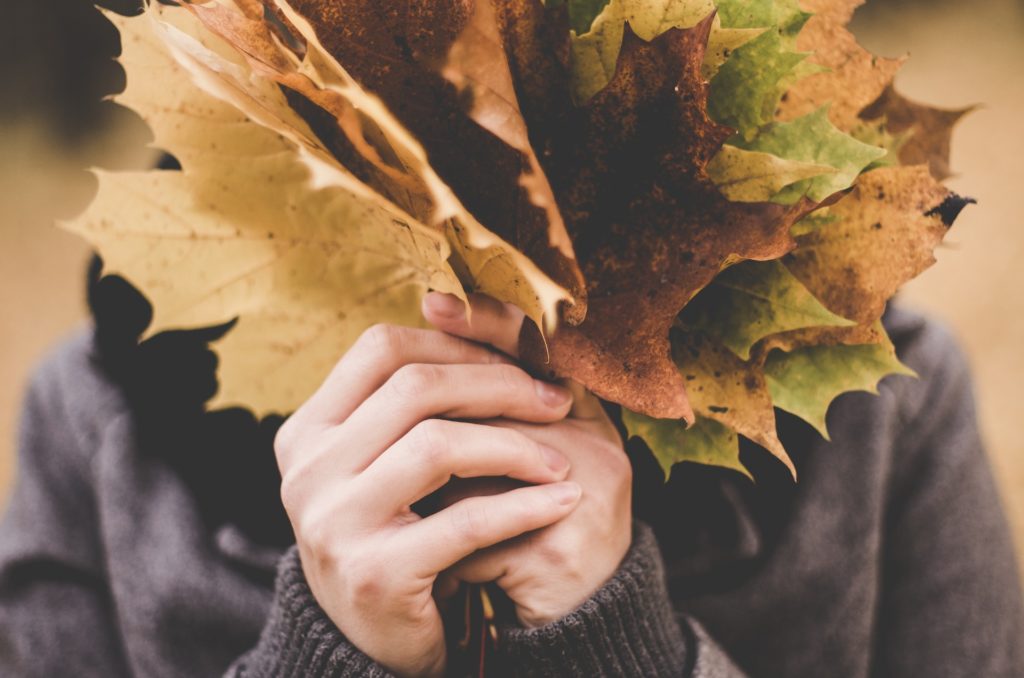 An effortless few days await you on October 15th, 16th, and 17th. Then: Are you keeping a secret? Afraid to ask the big question, send the big message, or confess? Gosh, the cosmos is tempting us all to spill our private thoughts on Thursday, October 18 and Friday, October 19th, but resist. The Moon in conjunction with Mars — in Aquarius — makes us impulsive. The Moon and Mars are in unfavorable aspect to the Sun, Mercury and Venus, all in Scorpio.

If you’re withholding a declaration of attraction or love, keep withholding it. Venus in retrograde motion doesn’t support such declarations. If it’s a secret related to work or family rather than love, if you let the secret out now, Mercury square Neptune in Pisces indicates news or gossip about whatever you said will travel fast and far, likely via social media. Rarely do the planets so clearly advise us to keep quiet. Secret or not, choose to cool it on social media at least for these few days. The impulse will pass.

We are gifted with what some astrologers call a window of opportunity that lasts from late Saturday evening, October 20, to Sunday evening, while the Sun prepares its transition from Libra to Scorpio. This is a fiery area of the zodiac the ancient astrologers called “Claws of the Scorpion.” And the Moon is in Pisces. Fire and water make steam. Committed partners can enjoy a weekend of passion, soul-to-soul, an encounter to remember. Plan on it.

Singles don’t get such a good deal. They might attract a fling or hookup on Saturday the 20th, but under Venus retrograde there will be no more to the relationship although you two might spend much of Sunday together in Pisces-Moon fantasy land. When the Moon enters Aries early Monday morning, October 22, he or she is out the door like a shot and not coming back. Astrologically, that’s in the stars.

Think about the money, get the money, show the money, or pay up on Monday, October 22, when Mercury in favorable aspect to Pluto, and the Moon in Aries, make for clear and decisive speech and thinking. What a relief to have that bill out of the way!

On Tuesday the 23rd, the Sun enters Scorpio at dawn and almost immediately challenges the planet Uranus in Taurus. And the next day, Wednesday the 24th, is the full Moon in Taurus. During the daytime, if you face a stubborn, intractable problem or person, the planets favor them, not you. This particular full Moon encourages angry and aggressive thoughts. Now that you know that, prepare Plans B and C and, if you argue, expect repercussions until the 31st, when Venus backs into Libra.

Check your pet investments on the 24th as retrograde Venus makes a fond trine aspect to Pluto in Capricorn. A blip in the stock market is possible.

October’s final days are mostly easy. Venus meets the Sun on the Friday, October 26. Now the revision or renovation project starts to show positive results. Saturday, October 27, good sense rules, or should. The best day for luck, recognition and praise is Monday, October 29 as Mercury conjoins lucky Jupiter in Scorpio. To connect with someone on a deeper level, send a card or give a gift on this day.

Remember, though, starting a romance or trying to push a lover’s boundaries during a Venus retrograde period is not advised.

This year’s Halloween falls in mid-work week, on a Wednesday, taking the fun out of it. A Halloween party, for either adults or children, might be a limp and sparsely attended affair under Venus retrograde, now tranquilized in Libra after making a mean-girl opposition to Uranus earlier in the day. Venus governs parties and she is not reliable on the 31st. Thursday, November 1, All Saints Day or Day of the Dead, is a much better day to throw a party, thanks to Mercury entering the sociable sign Sagittarius.