Famous couples who share Sun Signs are fewer than you’d think. Logically, it should be an astrologically perfect marriage if a couple’s Suns are aligned. They’d think alike, act alike, have the same size and type ego. But because there’s much more to a horoscope than the Sun Sign, that is not true. And in modern times, lives and marriages are longer and more eventful, so there are many more opportunities for individuals to grow. Some grow apart, and some don’t. In an ideal marriage each partner supports the other’s personal and professional growth while sharing the same goals and values. 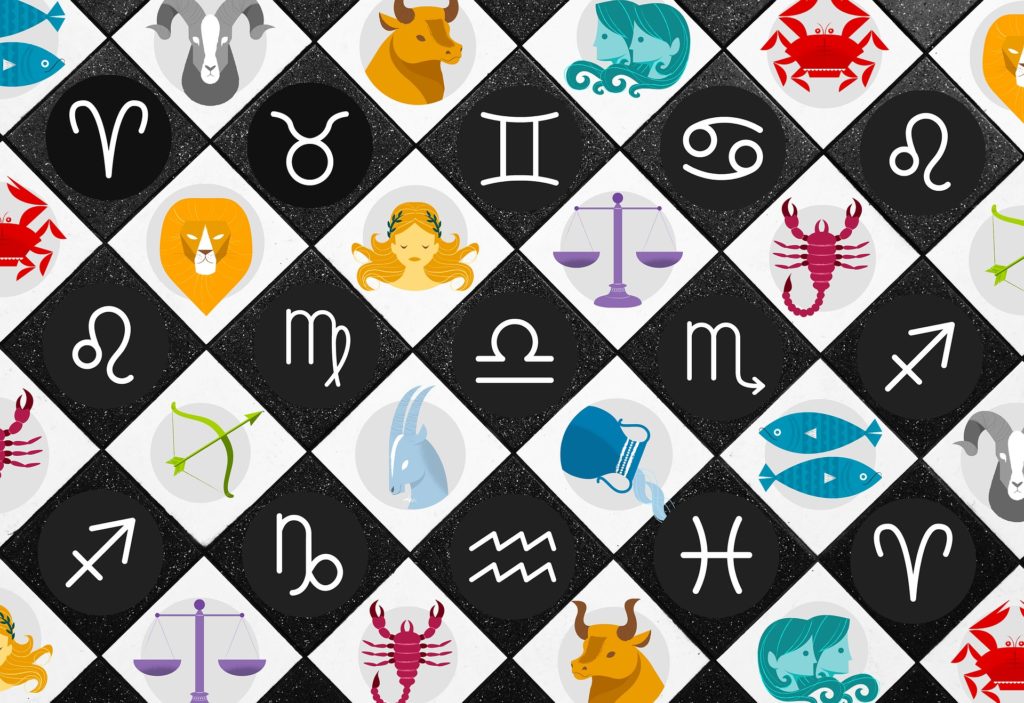 The most important alignment between same-sign couples happens when they first meet. That’s when they’re most alike. Partners of the same sign start out with especially fiery sexual energy. That doesn’t last. Emotional maturity and commitment are what lasts.

When George Bush the First was sworn in as President we saw that his wife Barbara, although four years younger than he, looked more like his mother than his wife. This demonstrated perfectly how Gemini males stay youthful forever. Gemini women value their intelligence, family, thrift, and emotional balance over cover-girl looks. Flighty young Gemini women in maturity develop lightheartedness that laughs at criticism. That’s a perfect political wife.

This double-Gemini marriage was the picture of harmony. While George was in the Texas oil business, Barbara managed their home and six children. When George first ran for office in 1964, Barbara adjusted so that their family, including her youngest son Jeb, thrived on politics. George often lost elections but instead won prestigious Washington-insider appointments: as U.S. ambassador to the United Nations, U.S. envoy to China, director of the CIA, U.S. vice-president. Barbara was always at his side. The Bushes’ solid, scandal-free union now holds the record for being the longest presidential marriage.

While George H.W. Bush tended put his foot in his mouth (“Read my lips—no new taxes!”) First Lady Barbara Bush was upfront and candid. As she became more and more herself, she showed the presence and charisma that he lacked. In fact, people joked, “Barbara for President!” Although she took care never to talk politics in public, she said in a Vanity Fair interview that she spoke directly to George about her concerns. There are no middlemen in a double-Gemini marriage! Barbara’s famous triple-strand pearl necklace (it’s costume jewelry) is at the Smithsonian.

Two Librans don’t marry, necessarily, for love. Their reasons are more practical. They marry because one of them wanted children soon, or because the other was beautiful or could get them a green card, or to spite an ex, and so on. They must work very hard to keep a marriage going because they are simply too much alike in having married for reasons besides love. However, when they react to stress, they do so in the same way. If one yells, they both yell. Actors Michael Douglas and Catherine Zeta-Jones both responded to stress by getting sick: he with cancer, she with bipolar disorder. They separated but each has healed, and back together now they are doing everything to look happy. They share the birthday September 25.

Michael Douglas fell in love with Catherine Zeta-Jones, 25 years younger, because he thought she was beautiful. His first wife was also significantly younger than himself, which tells us how and why the handsome Libran chooses mates. For her part, Zeta-Jones had a chance to marry into a distinguished Hollywood family. Michael’s father Kirk was a screen legend with an Oscar for distinguished service to the industry. By the time Douglas met Zeta-Jones he was a two-time Oscar winner and the producer of a dozen films including an Oscar for Best Picture. She was then 30, and a Hollywood actress of that age is considered to be fading. Her film career would peak with a performance in the movie Chicago (2002) and an Oscar for Best Supporting Actress. Since then she has successfully played roles on TV.

Their challenge came after 13 years of marriage and two children. The publicity surrounding their illnesses (tongue cancer and bipolar disorder) damaged their careers, but in December 2016 they released pictures showing a cozy, happy family in a cozy home. Zeta-Jones is now 47 and Douglas is 72. A split would do neither of them any good. They will stay together because it’s practical. And each got what they married for.

This Aquarius-Aquarius couple married in Beverly Hills in 2008, as soon as California permitted same-sex marriages. They are both vegans and activists against animal exploitation and abuse—way-out politics for most people, but not Aquarians. Ellen, a stand-up comedian, first announced her gayness on The Oprah Winfrey Show, completely in keeping with the classic Aquarian who openly bucks society’s rules and doesn’t care who knows it. Oprah, a fellow Aquarian, empathetically handled the revelation and the fallout. Oprah even had the role of Ellen’s therapist on Ellen’s sitcom.

Because of her talk show (very Aquarian), Ellen has thousands of adoring fans who don’t mind at all that Ellen calls Portia “my wife” and that Portia, a former model and television actress known for playing a lawyer on Ally McBeal, stays in the background while Ellen makes their living. She’s more fragile, having hidden her lesbianism and suffered lifelong problems with anorexia and bulimia. She says Ellen’s love helped cure her.

Astrology says Aquarius-Aquarius relationships aren’t supposed to work because each of the two is individualistic and loves personal freedom, but these ladies are birds of a feather. They have the same shade of short blond hair and part it on the same side.

Entertainer and singer Madonna, an outrageous diva in her day, was born August 16, 1958, and actor Sean Penn on August 17 two years later. They married on her birthday in 1985, the first marriage for both. With their birth Suns so well aligned, merely one degree apart, they at first thought they thought alike—but it turned out they only thought so.

These two artists were both ambitious and starting what they hoped would be epic careers. Madonna (her hair was still brown) constantly toured during their four-year marriage, generating shocking headlines wherever she went. She relished the attention and wasn’t home much. Sean intended to become a serious actor. The couple made a movie together, Shanghai Surprise (1986), now called one of the worst movies ever made. The two found out that their efforts combined didn’t equal genius and tremendous success. It must have disappointed and embarrassed them both.

Penn’s acting talent was genuine, but he had a reputation already for heavy drinking and physical violence. During their marriage he served jail time for assaulting and snarling at paparazzi and fans. In December 1988 Madonna, living apart from Penn, alleged that Penn broke into the house, hit her with a baseball bat and terrorized her. She filed for divorce. But she ended up not pressing charges.

In 2015 Madonna swore in court that the press made up the whole story about Sean’s domestic violence and nothing like that ever happened. Why? Because when Leo isn’t addicted to substances or sex, Leo is addicted to publicity and money. The two have stayed on speaking terms, and Madonna says Sean has always supported her work. Recently she offered to remarry Penn as part of a fund-raiser for her favorite cause, children in Malawi. Sean too is known for supporting political causes.

They had much in common, but not enough to stay married.