All romantic relationships end in either death or breakups. There are many more than 50 ways to leave your lover, or for your lover to leave you, but we will concentrate on the top 12 by Sun Sign. These behaviors are typical of the Sun Signs, both dumpers and dumpees. They might well be modified by a person’s natal moon sign—the Moon in our charts represents our emotional life—but these are the Sun sign’s primary breakup lines and strategies, and behavior when hurt.

Whether you’re a “dumper” (because it’ll never work out), or a “dumpee” left alone in a restaurant, I am very sorry for your pain. Be assured that it’s temporary and that greater things await you. 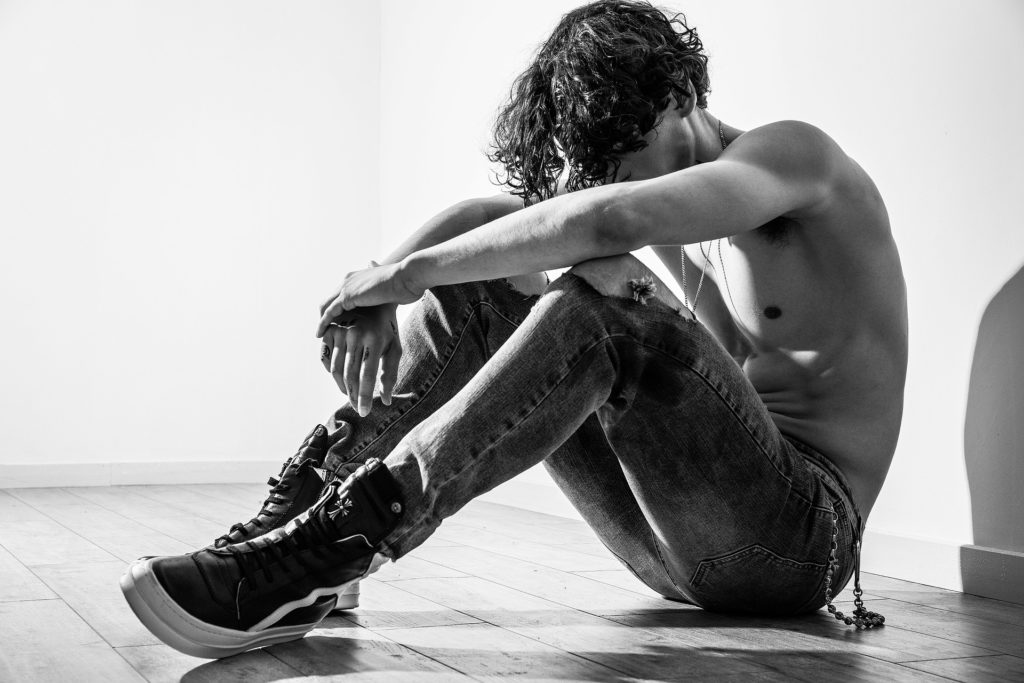 Aries: With Aries it’s an aggressive, punishing relationship ending, whether he (or she) shouts, abruptly leaves on a vacation, or chooses passive-aggressive silence or ghosting. Aries is judgmental, and the verdict is that whatever happened is entirely your fault. A passive-aggressive Aries communicates in silence: “You hurt me and I’ll never tell you what or how.” Forget them; they don’t come back. These people have egos as sensitive as sunburnt skin. The Aries dumper tells everyone, falsely, that the dumpee insulted him, lied or cheated. The Aries dumpee makes a hundred phone calls to all sorts of people, or posts on social media, exaggerating all the horrible unfairness and the horrible details.

Taurus: When Taurus doesn’t want you anymore, Taurus still can’t let you go. He or she will give you false hope in little doses, leaving phone messages or texting “Whussup” or “I miss you” every couple of weeks, or posting on social media if you haven’t blocked the name. Taurus does this until the dumpee puts a foot down and says, “Don’t contact me again or I will call the police.” Taurus updates his dating profile on OK Cupid and other sketchy sites. The Taurus dumpee tries keeping in touch, sends little gifts or cards to the pets, quietly and jealously stalks on Facebook, and drives past the ex’s house, crying. Retail therapy can help soothe the Taurus dumpee.

Cancer: Cancers don’t dump lovers unless they threaten Cancer’s personal space. Then Cancer sends cold little signals and the dumpee figures it out. The Cancer who is dumped protests, “I can’t understand. I did so much for you. I brought you soup when you were sick. We had such a nice Christmas; the family loved you.” The Cancer dumpee, left alone, assumes a fetal position and suffers actual physical heartache. From that day forward he or she will tell everyone all about it, and vows it’s the absolute end of all the love and romance crap. The dumpee recovers by repeating, “He (or she) wasn’t marriage material anyway. He (or she) abused me.”

Leo: No shoulder is colder than a Leo’s when he or she wants out of a relationship. They’ll stop grooming so well, trying to discourage intimacy, or they’ll groom insanely well and say “Don’t touch me.” Distancing is followed by a tense “I am not speaking to you” silence. A male or female, post-breakup, might soon become involved in a pregnancy. From a Leo dumpee, expect tears and accusations: “How much money I spent on you!” The dumpee then dates and shows off as arm candy the hottest possible single candidate regardless of age or intelligence. When alone, he or she plays sad music or writes poems.

Virgo: Sheds lovers easily because they’re no longer a challenge, erasing memories of the ex by making out with someone preferably younger and from the workplace. Lets the ex know about this in any way possible, and might actually say, “Nyaah, nyaah, nyaahh.” If no workplace intern is available, the Virgo dumper might pay for a date. The Virgo dumpee often blots out post-breakup pain with intoxicants, then, after therapy, goes to the gym and eats health foods in order to polish himself or herself into a fabulous prize the ex has lost. And the cycle resumes.

Libra: “I know you don’t want to hear this,” Libra begins, “but I’m emotionally involved with someone else, and intend to marry them.” Bruce Springsteen or John Lennon are two of the many famous Libran wife-dumpers. The Libra dumper thinks it all out beforehand until he or she feels can claim total innocence and handle the final scene diplomatically and with many promises. The Libran dumpee thinks, “I can’t believe anybody would leave someone as great as me!” but says, “What about the house and kids?” The Libra left behind evens the score by savagely fighting for the house, children, cars, and support payments.

Scorpio: Scorpio, out of the blue one day, will say, “You’re a narcissist and sociopath,” “I hate what you’ve become,” or “You’re like a vampire sucking my blood,” and only a foolish person, or a fellow drama king or drama queen, will stick around Scorpio after that. The Scorpio dumpee is a mushroom cloud of bitter vengeance arising from humiliation: “This person wasted my time! I’m so ashamed I gave my heart and my body to such a narcissist and sociopath! Will she use what she knows against me?” Threatens to let the air out of tires, scratch the car, name names, post on Cheaterville, call the cops or the new squeeze. Or actually does it. Takes years to heal from a breakup. 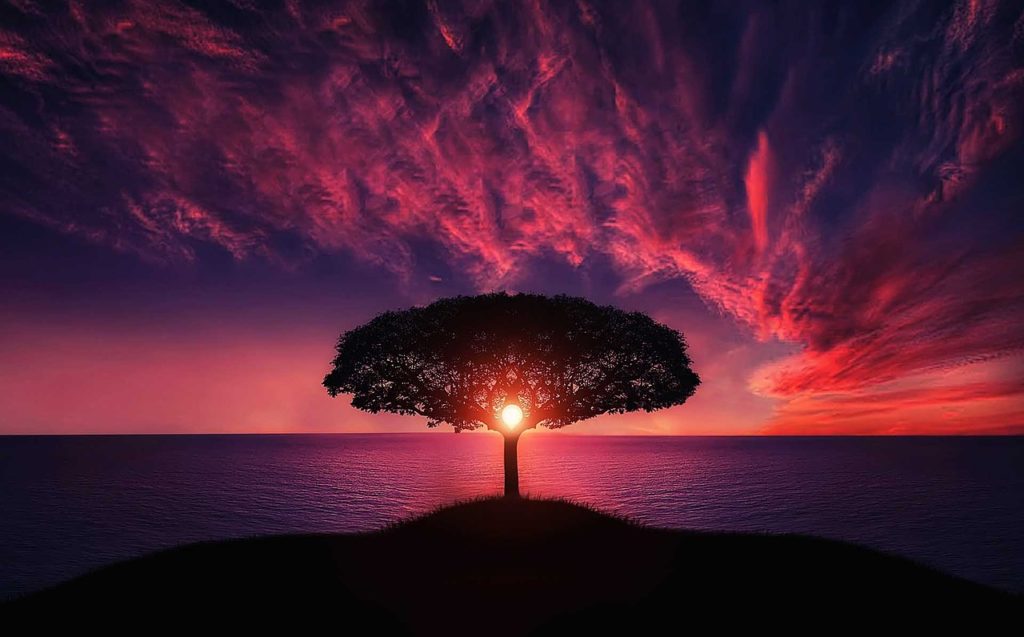 Sagittarius: “We never HAD a relationship!” says the Sagittarius while he or she is still in stage makeup. The Sagittarius dumper is imperious, indignant, wants to own the story, will create scenes. Loud ones. Expect to hear that you turned the relationship into a sick power struggle. “I can do without you. Just watch.” The Sagittarius dumpee, although very hurt, quietly thinks or says, “See you on the way down. If I see you in the gutter I’ll step over you.” If it was a long-term relationship, he or she applies for a protective order and phones the ex’s workplace, and begins reading self-help materials.

Capricorn: “Well, about our relationship,” says the Capricorn over a cheap coffee date or during a walk in the park, “I’m just not feeling it.” If the dumped one protests, Capricorn says something like, “We had moments. We’ll always have those moments.” If Capricorn was a live-in, the dumpee might come home to an apartment emptied of everything including the shower curtain. As a dumpee, Capricorn retreats for seven days, resenting and scorning the whole world, and then, only a little bit pouty, is over it and back on track. Soon he or she realizes that being single saves a lot of money, and had it been a marriage, a divorce would have cost even more money.

Aquarius: A fed-up Aquarius packs the bags, says a few words, returns the ring or any gifts, walks out, and heads home or to a motel to be alone. Then calls a therapist, psychic, or friend. The Aquarian dumpee says, “Okay. Thanks for telling me.” Inside, he or she is clawing the walls, thinking, “How can anyone break up with someone as cool as me? It’s true I made needling remarks and overshared. But we could start over! I’ll call my psychic and find out. And without me around, he won’t need the wineglasses I stole. I’ll mail a birthday card. He might want to still be friends.” The dumpee, if again rebuffed, withdraws into his or her own little world and hobbies.

Pisces: The Pisces dumper has no clue what happened and can’t explain why he has those numbers on the cellphone. It’s just that he or she doesn’t feel right and it’s not okay. In fact, Pisces’ escape is all set up, a mastermind plan, maybe with a secret bank account, P.O. box, and new credit cards, but certainly with a new love interest. Pisces can’t live without romance. The Pisces dumpee, even the most hardened villain, pleads, “Please, please. I’ll take you to dinner. I’ll do anything,” and runs alongside of your car as you drive away. He or she, then very depressed, then sobs in the arms of a friend or the lover(s) he or she had on the side. If Pisces is over 30, this includes a married one who’s been a friend with benefits for years.