Please know that all signs are capable of abuse, and no Sun sign “makes” anyone abusive. To see abusive tendencies, an astrologer must examine individual personal charts. Even then, the individual with sufficient self-knowledge, self-control or therapy will greatly reduce his or her potential for abuse and funnel it into a more constructive outlet for emotional expression.

That said, we have all at one time or another been abusive, defined here as “action taken primarily with the intent to injure or distress a living being”: ridiculed someone in public, deceived one who trusted us, kicked a dog, committed vandalism, swore at a service clerk, and so on. Nobody’s immune to rude and evil impulses. But we can all see that none of those actions helped us or the situation at all. In fact they only made the trouble worse. 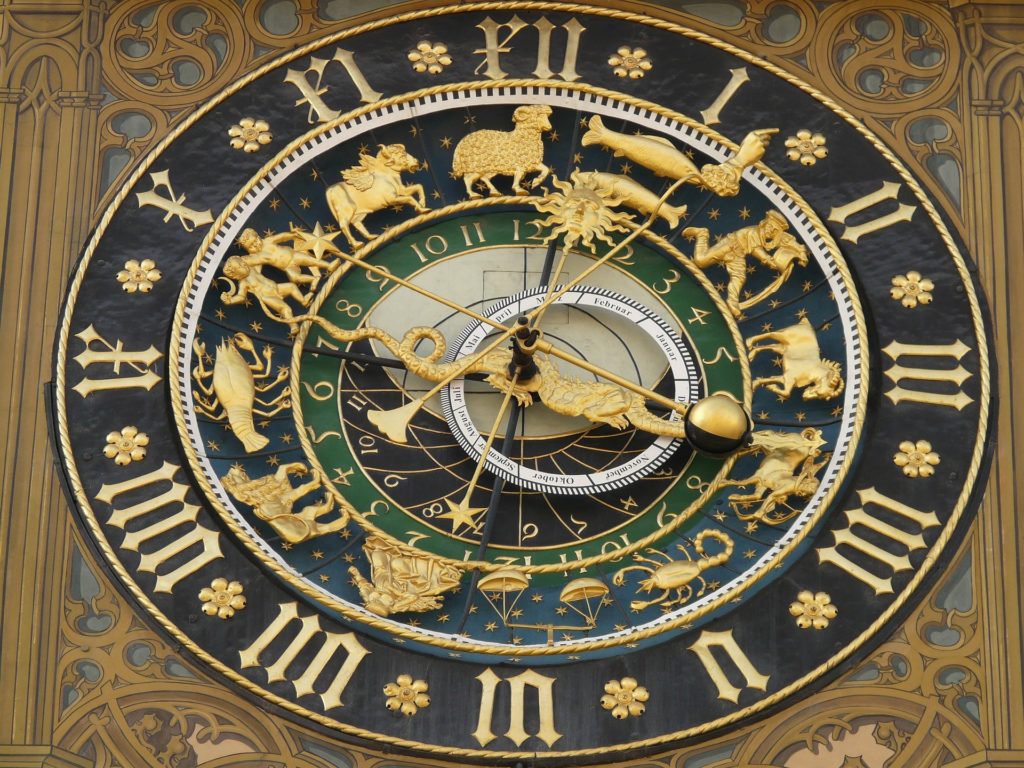 These are very basic outlines, and not necessarily true according to Sun sign. It might be someone’s Scorpio Moon that makes their behavior Scorpionic. It might be having Venus in Pisces that makes a blunt Sun Capricorn play the innocent. Astrology isn’t cut-and-dried. Because basic outlines can be taken too seriously, I’m mixing up the order of the Sun signs to stir up awareness of the multiple possible factors that feed into abusive behaviors.

Abusive Cancer: The Crabs have a talent for loving that can be misused to manipulate people emotionally. He or she starts out so pleasantly that you get close and cozy and trade all your secrets, and before you know it, Mr. or Ms. Cancer is pouty, then crabby, then snarky, and finally would just love to get his or her claws into you. He or she most certainly rips you to bits behind your back. If it doesn’t get physical, the abuse will be mental or financial. Nobody loves money like a Cancerian. You’ll be working for your Cancerian long after he or she is out of your life, paying alimony or paying for medical bills or a civil lawsuit. 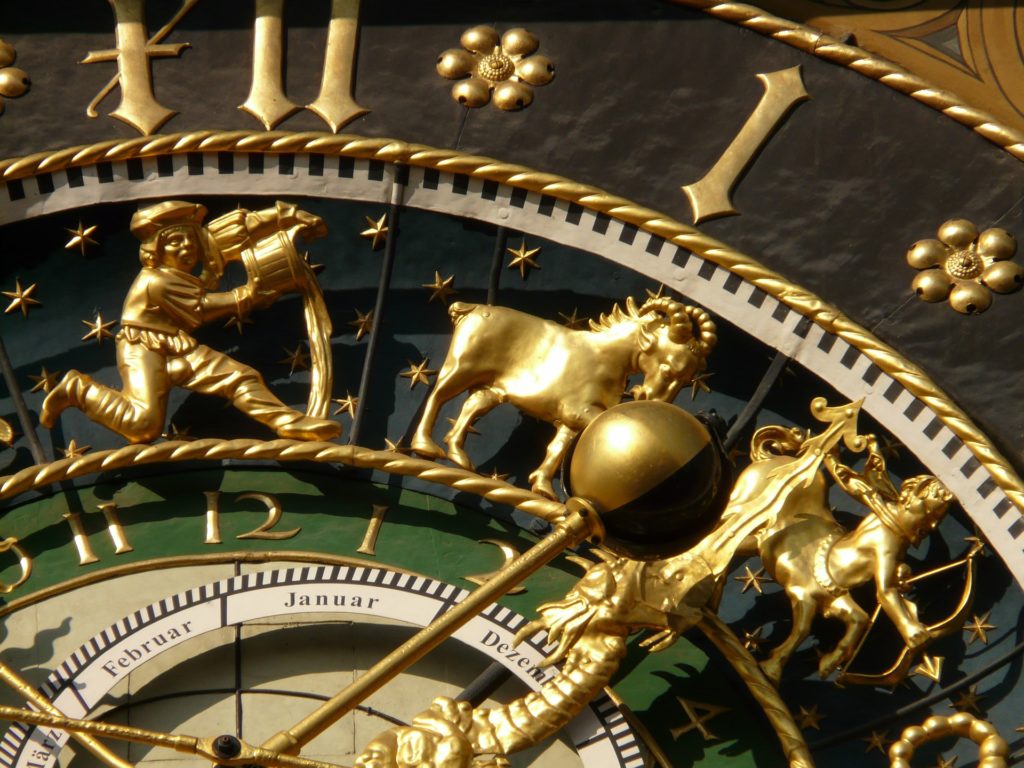 Abusive Libra: Passive-aggressive is aggressive, and Librans are champions at looking at you blankly, staring into space, ignoring you, draining you dry of sympathy or money and then ducking out. Or treating the relationship as if it were a power game they’re very, very afraid of losing. An abusive Libran partner will frustrate anyone who hoped for a partnership between two human beings. Abusive Libra is uncomfortable being human so has a hard time recognizing humanity in the people right in front of them. They are much better at loving strangers such as Jesus or Bruce Springsteen. Screaming, infantile Librans (generally born in Libra’s first decan, between September 21 and October 2) are almost better, because at least you can make a video of their behavior.

Abusive Aries: Nobody is as bitter as an Aries, from the richest Rolex-wearing types as well as those seething in trailers in the wilderness. Aries can’t adapt to what he or she can’t control, such as the realities of life, or traffic, or taxation. They holler in rage and talk trash and pick fights, and will eventually trash anyone foolish enough to stick around. Anger management was developed for Aries tempers, but they will deny having an anger problem. The solution for Aries is to pack up and move far, far away, and change his or her life and goals completely. This is the only way I’ve seen a frustrated Aries change.

Abusive Taurus: All hail the judge. His or her judgement is done entirely in secret, is completely unfair, never explained, and final. “Tell me!” you’ll beg abusive Taurus. “Tell me what I did wrong!” You will never know, only that Taurus decided it was unforgivable. You might have moved his set of Allen wrenches or worn a pair of shoes she told you were inappropriate. Taurus will not speak but rather grunt, sigh, roll his or her eyes, and begin drinking or eating or shopping the evenings away, abandoning you emotionally and ruining his or her body just to let you know what a disappointment you are.

Abusive Aquarius: Unsparingly cold and critical, eagle-eyed Aquarius, when abusive, points out every flaw in what you do or say. This is torture via “You left the seat up,” “You left the door open,” “You packed your face with doughnuts and embarrassed me in front of everybody,” “You always leave rings in the coffee cups,” “Do you want cheese with that whine?” They withdraw all their sympathy, declare you brought all your troubles on yourself, and laugh when you ask for mercy or affection. On top of that, an abusive Aquarian might begin embezzle or pilfer. He or she figures you owe them. Carefully watch or separate your accounts. Better, take your account and leave.

Abusive Gemini: The abusive Gemini is like the used-car dealer who gleefully rubs his hands at the prospect of taking what he or she wants at another’s expense. Cheat a widow, ignore an orphan, turn back the odometer, lie, exploit someone’s ignorance to wangle more money or some sex out of them: Why not? Isn’t life a game? This is the sign of the gold-digger, male and female. As an abusive Gemini’s partner, you won’t be a partner long. They chose you on a whim, took what they wanted, and now you go to the discard pile, and they will say so to your face. Let go of abusive Gemini no matter what it costs you. He or she cannot be fixed.

Abusive Leo: “Your daddy isn’t evil, just sick,” an abusive Leo mom told the children, because — get this — she raised the children to be vegetarians like herself but the dad still ate meat. Abusive Leo fathers will poison the kids against you too. If it’s a friendship or partnership with no children, abusive Leo, often a boss or prominent figure, can actually recruit a group of haters who have never even met you by broadcasting that you are psychotic or a narcissist or wastrel and drove Leo to drink. Abusive Leos actually enjoy breakups because then they can explain all their failures and bad choices and why the kids hate them: That’s all because of you.

Abusive Virgo: The abusive Virgo female is queen of the henpeckers, and the more she knows you the more she finds to nag and belittle you about. In response to her endless yapping you might try to better yourself, and be more respectable and ambitious: for example, you plan to start a side business. Ms. Abusive Virgo will tell you that’s a pipe dream, you’re not capable, your product stinks. The abusive Virgo male is king of gaslighting: “I didn’t do it,” “You’re imagining things,” “It kind of happened, but not the way the judge and jury said it did,” “You are sadly mistaken.” Chances are high that Mr. Abusive Virgo has had run-ins with the law or a review board. He will not tell you. Check him out before signing on a dotted line.

Abusive Capricorn: Creepy uncles, scary moms, lovers who mock you when you try to explain why the relationship hurts, door-slammers, snubbing you in public, hating to share a dessert unless you pay for your half of it: One abusive Capricorn can present a whole Addams Family of nightmarish personal interactions. Strangely stony and conventional on every other front, the abusive Capricorn revels in making another person feel bad and demonstrates an amazing and colorful range of emotionally abusive behavior. It’s payback for whatever made them feel bad 10 or 20 years ago. It has nothing to do with you. If you meet his or her family, you’ll pinpoint the source of their sadistic behavior right away.

Abusive Pisces: Sneaky abusive Pisces knows that he or she has has broken vows or trust or the law, and will deny it, which any sign might do. But abusive Pisceans actually begin to believe in their own denial, that they were merely going with the flow or with biological imperative, or it was a one-time slip-up — which it never is. Soon he or she is convinced of his or her innocence. Faced with angry partners, an unhappy family or annoyed co-workers, abusive Pisceans believe those others are the delusional ones. The mask of angel innocence they like to wear on their faces is clearly insane.

Abusive Sagittarius: The normal Sagittarius, friendly and interesting, becomes abusive when obsessed with competitive social or career climbing. Suddenly even old friends are potential rivals or enemies, stealing their ideas or secretly or openly bent on victimizing the Sagittarian. Abusive Sagittarians strike back when asked to pay rent or repay a loan. When they don’t win it’s because the system is rigged. I’ve seen a Sagittarian onstage halt her act to verbally abuse the audience, saying they weren’t paying enough attention and were a bunch of rubes who couldn’t appreciate talent and culture. Abusive Sagittarians even hate, for life, Facebook friends who unfriend them. Yes, you are his or her stepping stone. 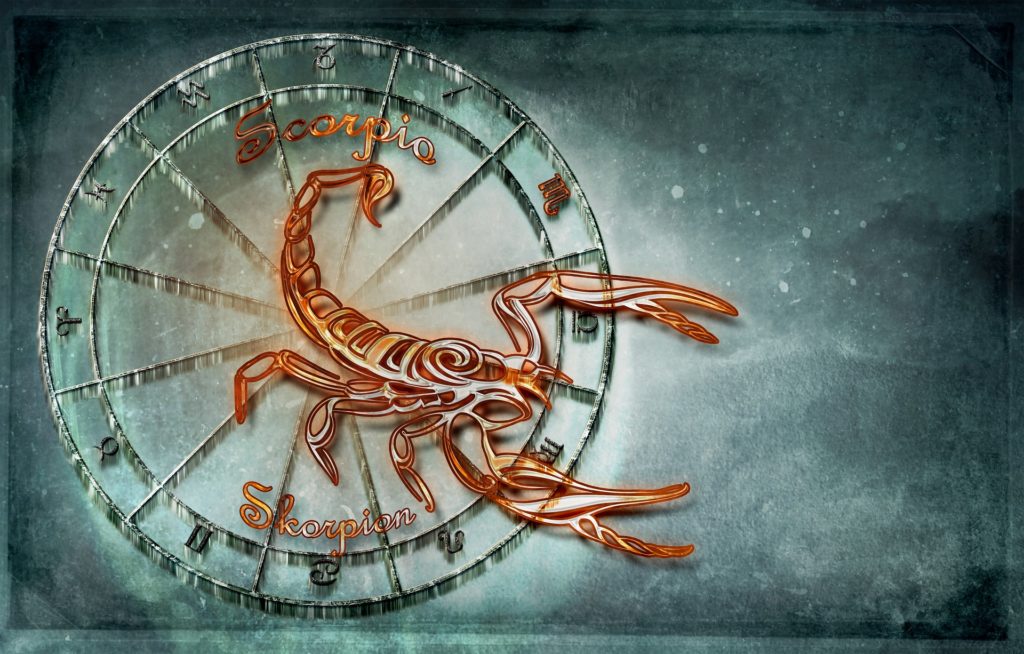 Abusive Scorpio: You didn’t have an ulterior motive for parking your car close behind the neighbor’s car, or sitting with so-and-so at lunch, but Scorpions, who are highly creative, imagine it’s because you might like that person better than you like Scorpio, and acts as if you stabbed them through the heart with malice aforethought. Tears, accusations, cold shoulders, suspicions, assertions of proof like “I saw how you looked at her!” — and now, in your life with an abusive Scorpio, moving a single eyelash stirs up jealousy and contempt, all intended to control you. Some Scorpios might refuse to get out of bed or go to work, saying they are too ill or depressed. It is your fault, you know. You betrayed them. They really should be writing dramas for movies or TV.