Aside from a Sun-Neptune opposition that lasts but a day or two and a potentially triggering Mars-Uranus square, September 2018 will deliver refreshment and relief as three planets are released from retrograde motion, which for the last few months interfered with the transmission of their gifts to us.

The astrological month of September truly began on Monday, August 27. Mars, retrograde through Aquarius and Capricorn since late June, found it amusing to dump obstacles and laziness in the way of even the finest ideas and impulses. Mars was trying to help us back off, relax, and refrain. It wanted us to break from social media, from compulsory socializing such as business networking evenings or Bible study, and have fun in the sun. Remember fun in the sun? Mars retrograde wanted you to enjoy the summer months as humans are supposed to.

Summer lasts until September 22, when the Sun enters Libra, heralding the autumn equinox, so there is time yet to stand up and stretch, go hiking or biking, or at least go outdoors until then. Searching for love? Chances are very good that in the first half of September 2018 you’ll meet new, like-minded people — especially if you’ve searched for a very long time.

Through the U.S. Labor Day weekend ending at midnight on September 3, the cosmos has no harsh major aspects, so that week might be the happiest in a while, perhaps the happiest of your year. Vacationers will enjoy the best vacations ever. Students or those in the arts can fully expect that week a breakthrough moment when they access a whole new level of excellence or meet someone, like an agent, who will be extraordinarily helpful. For schoolchildren, maybe this year’s new teacher will plant seeds of ambition and inspiration that will bloom beautifully by the school year’s end.

The Moon in Taurus governs the weekend, favoring hobbies and pleasure, and if you garden, decorate, or merely try a different type of pastry or wine, tremendous satisfaction awaits you. On Monday morning, Mercury and Venus join to encourage you to honor those who labor, including yourself.

Tuesday September 4 and Wednesday the 5th will feel like a vacation hangover, but pleasant. Mercury enters business-like Virgo after work hours on the 5th, and after a refreshing 10 days you will probably truly want to return to work. Those who vow at this time to make their efforts count will be rewarded because on Thursday the 6th, Saturn, our taskmaster planet, returns to direct motion in the zodiac sign of Capricorn, where the cosmos keeps its door to wealth and status. Frustrations encountered in April that bugged us all summer are now resolved. You might hear from a loved one who’s been incommunicado.

There will be no such thing as a casual date the weekend of September 7 through 9. Venus’s new home, now through mid-November, is in the sign Scorpio, and she intends to enter retrograde motion on October 5 and turn fiery lust to “meh” in no time. Venus retrogrades about every 15 months. What she does, over and over, at least to singles, is introduce a fiery match that in three to five weeks turns soggy. The planets advise against physical involvement with any seemingly hot prospects met after September 9 — New Moon in Virgo day — and all the way through November. Get to know each other first.

Most astrologers are trying to steer clients away from weddings under Venus retrograde, but if it is already well-planned, a wedding this autumn will be fine.

Monday, September 10, Rosh Hashanah begins and Mars enters Aquarius to pump up the level of social and cosmic awareness. A notable space-program event will happen on this day. Business people, do ink some stars next to the dates September 11 and 12, because the Sun in Virgo and Pluto in Capricorn strongly support smart and watertight business deals. By Friday morning you will be smiling. Shoppers will find bargains, with “retail therapy” favored late Wednesday the 12th through early Thursday the 13th.

On Sunday, the 16th, with the Moon in Sagittarius clashes with the Sun in Virgo, and this might be a Sunday to stay home. Mercury and Jupiter are in an astral formation that make obsessions pleasant. Indulgence is fine for a day, but don’t get trapped there. There is no future in obsessive behavior. A surprise is coming, as early as tomorrow. 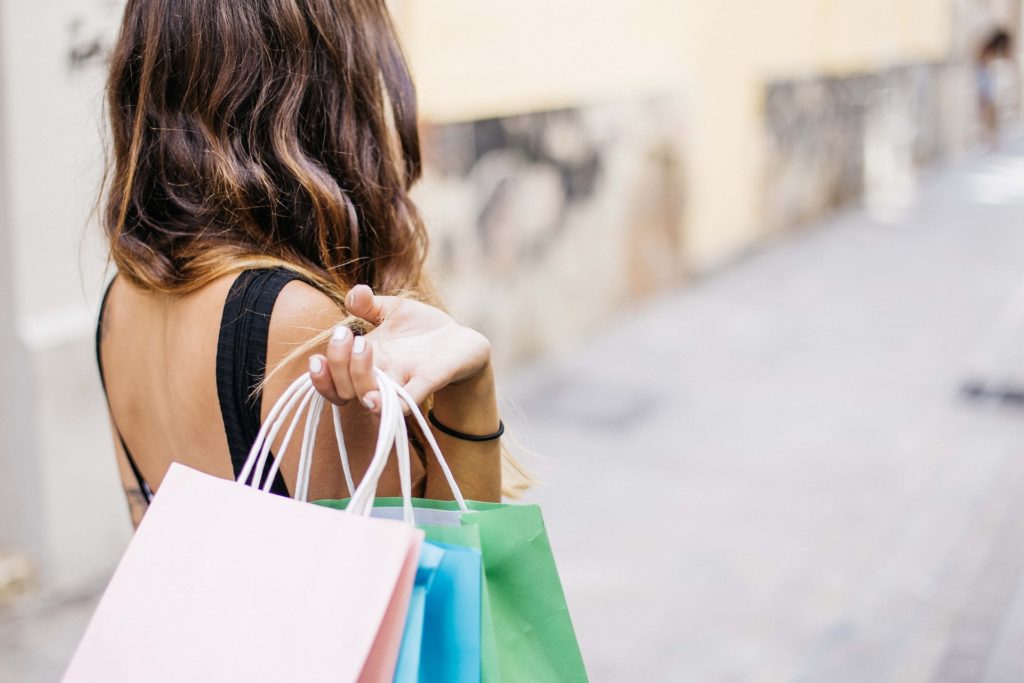 Monday the 17th might bring those who work late a new and mutually beneficial business contact, so this is the evening to definitely attend a ceremony, meeting or networking event.

On Tuesday the 18th, Mars in Aquarius crosses swords with Uranus, not yet settled in its newfound home of Taurus, where it will stay for 11 years. Both are aggressive planets. This aspect will play out as a dramatic national or global event. Last time this aspect occurred it was mid-May, with a royal wedding that was the first of its kind, and the U.S. and North Korea threatened each other over a meeting set for June, and a Hawaiian volcano erupted. May 15, if you recall, was also a U.S. election day, with Democrats unseating Republicans in a trend likely to continue while Mars remains in Aquarius through November 15th. September 19 brings Yom Kippur, Judaism’s Day of Atonement, and it’s possible that anti-Semitic forces might be moved to an act of aggression on that day.

Take care: Late on Wednesday the 19th through late Thursday the 20th is the easiest time all month to pile dumb mistake onto dumb mistake. If creating a structure or foundation for a project, be sure or wait a few days. The Virgo Sun in conjunction with Mercury on the 10th releases all shame for having to rebuild or restart now in order to be safe later.

The Sun moving into the zodiac sign Libra on September 22nd does not, this year, bring peace and harmony, but cranks existing tensions even higher and will hold them there until Monday, September 24’s Full Moon. This is the Harvest Moon, the first full moon after the autumn equinox, and it is very early for a Harvest Moon — the harvests aren’t ready. Keep that in mind as you wait for what’s due to you. Cosmically, those aiming for status and money who had a triumph on the 20th or later are not ready to receive the reward or payment yet — or even the inheritance. Yes, we all hate to wait. But the cosmos delivers, always. 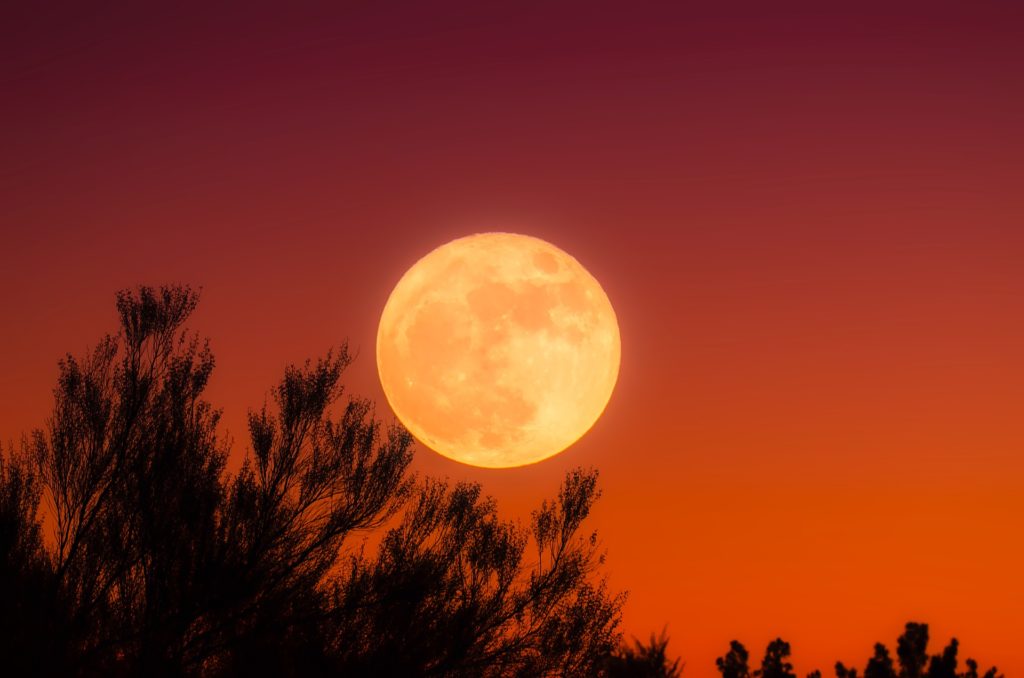 Pluto slowly creaks from its station in Capricorn and proceeds in direct motion on Sunday the 30th. This releases riches and abundance, knocking the lock off the treasury door. If none of this abundance is making its way to you, on Tuesday the 25th take a critical look at where money is going and why. The Sun square Saturn on that day, the 25th, plus the asteroid Chiron entering Pisces almost simultaneously, has a big reveal for those who respect facts and reason. Charities might see an influx of donations on this day.

Don’t be surprised if Thursday the 27th tries your patience or strains your emotional limits. The Moon and Uranus mated in Taurus, as they are on that Thursday, can bring castles in the air crashing down — yet other astrological aspects the same day open up a new path to more durable castles. It is, however, time to talk to people about your castle, as the month ends with the Moon in talkative Gemini. Dreams are more likely to materialize if you let people know what you want or are aiming for.