Investigations into ESP began about 140 years ago when the first Theosophists and psychic mediums, and their believers, collected as many ESP stories as they could from all the people that they could. They then published and presented these as proof of ESP, which means “extra-sensory perception.” But stories people told do not count as scientific proof that ESP is real.

Early investigators wanting to prove the existence of ESP read the 15,000 stories in these collections and were able to divide them into four categories. Here they are listed from most commonly to least commonly reported:

The field of parapsychology is much broader than this. People report clairvoyance, meaning the ability to see the future while awake; and clairaudience, the ability to hear what is or was in the future or the past or at the present time in another place or realm; telepathy, meaning mind-reading or communication done through thoughts only; and many other phenomena, but for research purposes the investigators now had a definition of ESP to work with, plus percentage numbers.

You probably have an opinion about these percentages because you too have experienced something like ESP.

ESP is known to occur in every culture and tribe on Earth, and ordinary people are as capable of ESP as the most dedicated religious practitioners and mystics. Usually our five senses provide our brains with the information necessary to navigate life. There is scientific proof that our five physical senses are connected with our brain, and neuroscientists know how our senses work. It is truly amazing. But there are other ways of knowing that don’t involve the senses. That’s why it’s called extra-sensory perception, and nicknamed “the sixth sense.” Today, about 49 percent of Americans believe there is such a thing as ESP.

By adopting rigorous scientific testing standards, the study of ESP became the study of parapsychology, a recognized academic field. Joseph and Louisa Rhine, a married couple who were both scientists with Ph.Ds., set up an experiment to test a person’s intuition–or psychic power–using a set of 25 cards printed with symbols: a star, wavy lines, a circle, a square, and a cross.

These cards, called Zener cards, are maybe familiar to you. You can test yourself with an online version of Zener cards. It is fun.

That first Zener card subjects working with scientists scored high because the cards were printed on card stock so thin that the subject could see from the back of the card what was on the front!

Even with better cards, it was possible that the Zener image, when first pulled from the deck, was reflected in somebody’s glasses, or the tester’s body language involuntarily communicated to the subject what was on each card. In that case, the subject would be “reading” sensory information, not extra-sensory information. And how could anyone be sure that the scores were better than random or better than average? When measuring psychic aptitude, what were “random” and “average” anyway? Does a score above 50 percent mean you are psychic? Refining the techniques and the cards, they tried again. But that was all too much like guessing when what the scientists wanted to prove was true mind power, which they call “psi.”

Next, the experiments separated the subject from both the cards and the tester. In the new experiments, also fun to try at home, the “sender” concentrates on the card’s image and attempts telepathically to send the image to a “receiver” who is in another room and records what image he or she receives.

Still, these did not prove anything. Both sender and receiver had to have mind power enough to properly “send” and correctly “receive,” and although some people with such capabilities, among them some will be more capable than others. The capabilities themselves can’t be measured. We know that not all psychic impressions are complete or correct. Even the “psychic dreams” reported came true only 19 percent of the time, according to their dreamers.

The experiments took place in quiet rooms with no distractions, but did a setting have to be quiet for ESP to work? Modern experiments by a later generation of parapsychologists show that people are more likely to have ESP experiences if they happen to be alone in a quiet place.

The Zener cards themselves created a problem. There were only five of them. It is natural for a person to assume that if the “waves” card has not shown up yet after 10 of the 25 tries the wave card is “due” to show up soon, and so decides the next card is probably the “waves.” That’s not mind power that comes from a mysterious source; that’s a reasonable guess.

Scientists also noted that subjects scored better at the beginning of a “forced choice” test then at the end, because they lost interest or focus.

And using the symbols was unproductive because although they are simple and universally recognized shapes, a person with ESP does not see or dream symbols, but scenes or people. The Rhines tested a well-known British medium who told them she scored low because the cards were “soul-less.” Another scientist tried to show that the Zener test actually stifled people’s psi instead of drawing it out.

Test results were better when the “sender” sent pictures of landscapes, or objects. But “sending” and “receiving” are not one of the original ESP categories and so do not prove them. And no experiment can eliminate the factors of chance or cheating although it was already proven in the 1940s, in what is called the “sheep-goat test” that people who believe in ESP (“sheep”) will score higher in tests than people who don’t (“goats”).

And for an unknown reason that perhaps has to do with as-yet undiscovered powers of our brains, people report ESP instances more often during times of physical or psychological conflict or trauma, such as a family member’s death, or even jet lag. 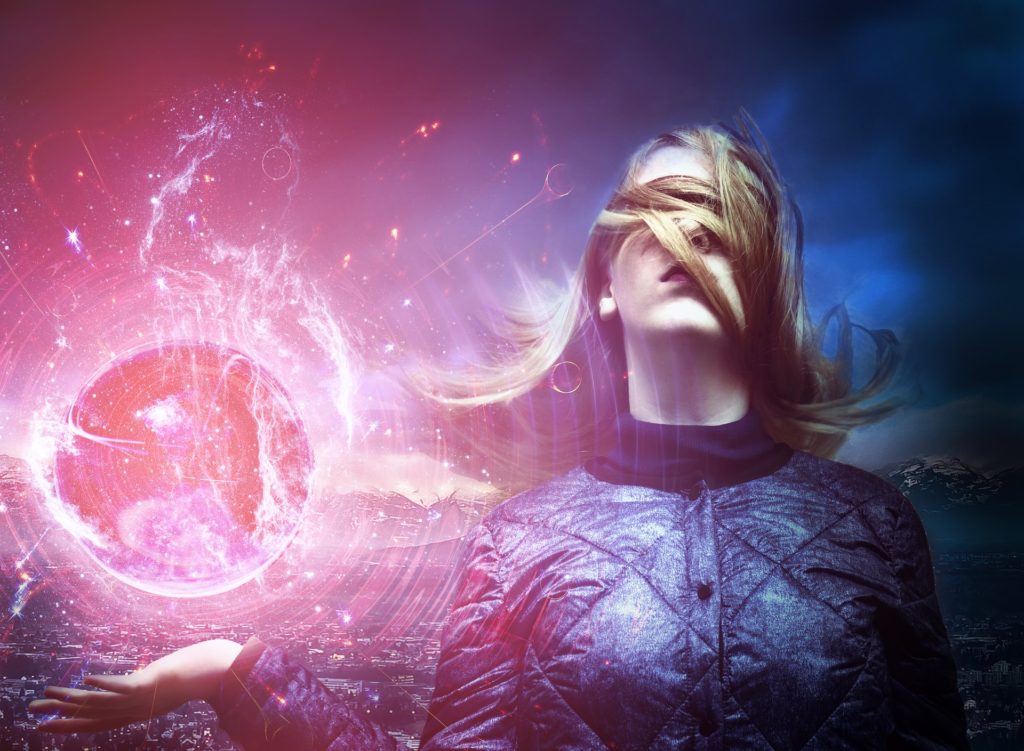 People who read news about the occult can’t help but learn that nothing has ever proved that there is such a thing as ESP. We all “know” there is such a thing, but proof has to meet scientific standards, and it does not. ESP is too personal to measure. There is no measuring stick for knowing someone, such as a spouse, so well that you know each other’s thoughts. Dream content is entirely personal to the dreamer. What symbolizes freedom for one dreamer–such a riding a galloping horse–in another dreamer’s world is a symbol of terror and loss of control.

So today instead of talking about ESP and about bending spoons with mind power (who wants to bend spoons, anyway?) we talk about intuition. Everyone has it and New Age thought promotes listening to and acting on intuition.

It is also possible that fewer people today have prophetic dreams anymore, compared to those who were polled 100 years ago, because today we don’t sleep as well or as long, or we take medications or substances, or other things disturb our dream states. That could be why intuition, a waking phenomenon, has become more popular. It is the subject of several bestselling books on developing and respecting your own intuition, “seeing red flags,” and/or noticing other extrasensory indicators that our helpful “guardian angels” (whatever we might call them) supply.

Plus, no one has to prove in a lab that intuition works because anyone who has had a hunch or an uneasy feeling that turned out to be prophetic or smart does not need to have it proven that intuition works. Even scientists work with or on “hunches.”

You can test your intuition with an online test, but truly your score would not matter, because your intuition is not on call. Because its source as far as we know, is extrasensory, it shows up when it’s needed and is therefore the most useful ESP skill of all.