What happened to this country? More importantly, what will happen? We can ask astrologers.

Now that its government can hack iPhones, its youth does not have jobs and its president is a billionaire businessman with no political experience, the future of the U.S.A. as a prosperous democracy, leader of the world, seems less secure. Its citizens work harder, do more with less, survived mass layoffs, aren’t paid for overtime and don’t dare complain. Twenty million young adults live with their parents, although the girls carry $1,200 purses. Downtown is boarded up while the suburban landscape is erupting with “dream house” developments. Racial tension rules; suicide rates are at peak levels.

Let’s begin with 2008, the year of the Wall Street crash that the government bailed out with trillions of its citizens’ dollars.

In a rare coincidence, between 2008 and 2012 all three of the slow-moving outer planets, Uranus, Neptune, and Pluto, packed up and moved into the next sign of the zodiac. Most astrologers agree that these three outer planets govern national and global trends, which in turn affect each of us personally. For example, Pluto in Leo (1939-1957) produced a proud U.S. military-industrial economy and the free-living “Me Generation.” Pluto then moved to Virgo (1958-1971), when metal goods gave way to cheaper plastic, sparking a natural-living backlash, and those born under Pluto in Virgo, such as Barack Obama, shifted the nation’s focus to health care and the environment.

In January 2008, Pluto left bold and fun-loving Sagittarius for conservative, watchful Capricorn, and Vanity Fair astrologer Michael Lutin said it meant “The party’s over.” Indeed it was, with the recession triggered by Wall Street excess ultimately stripping 8.5 million jobs from the economy. “You’re under surveillance,” Lutin added, and we now accept as normal that our every social-media post, email, phone call, software download, and appearance in public is monitored and recorded, and our own identities are at risk.

Lutin joined other astrologers in pointing out that during Pluto’s previous passage through Capricorn, in the years 1762-1777 (Pluto takes 248 years to complete a cycle), the U.S. chafed under colonial rule and freed itself with a violent revolution. Some astrologers predicted that anti-government resistance—like the resurrected “Tea Party”—would lead to a similar conflict. For now that conflict is not a physical war, but an ideological one: “red” versus “blue.”

Long before the Occupy movement, astrologer Douglas Parker predicted a people’s revolution against big business. But big business is suffocating under its own weight, and the oil prices that ruled our lives have become less burdensome. Small businesses, such as boutiques and micro-breweries, are thriving. In any case an old and unsustainable order is crumbling, and Pluto’s move to Aquarius in 2023 should bring sweeping social changes emphasizing equality, transparency, and teamwork, and possibly a new Constitution.

Lutin said the U.S.A. might lose face, but we shouldn’t worry that it’ll be destroyed, explaining, “The horoscope of the U.S.A. is strongly influenced by Venus and Jupiter, so we’ll never go totally broke or hungry. We will, however, have to play ball with the rest of planet Earth as we never have before. From now on it’s cooperate, or else.”

Uranus, called “the Awakener,” ruler of electricity and technology, weakly positioned in Pisces from 2003 to 2010, encouraged active people to lose themselves in entertainment or obsessions, and the entire U.S. population to rely on a brilliantly advertised drug industry. In May 2010 Uranus entered Aries, sounding what Ed Tamplin of StarIQ.com called a “rebel yell,” then retrograded to Pisces and re-entered 0 degrees of Aries, the very first point of the whole zodiac, on March 11, 2011, the day of Japan’s terrible earthquake and the resulting tsunami and Fukushima nuclear disaster, as discussed and charted in an article by Karen Kay.

Uranus generates accidents and shocks. This planet takes 84 years to circle the zodiac, and was last in the sign Aries from 1927 to 1935. Nineteen twenty-seven was a great year for technology but also for natural disasters, and 1929 brought the stock-market crash and the Great Depression. Likewise, millions in the U.S. in 2010 suddenly lost jobs or homes or retirement savings, and as Franklin Roosevelt did in 1933, our President in 2011 proposed a federal jobs plan. It was rejected by a divided, angry Congress. Uranus in Aries can encourage empty rebellious gestures and lots of harsh and insinuating words from a lot of talking heads. Sound familiar? Expect an earful until Uranus moves to strong-but-silent Taurus in May 2018. Fine British astrologer Leigh Oswald says that’s when the economy will have to be reformed—or else.

Neptune checked into Pisces in April 2010 and will be there until 2025. U.S. astrologer Lynn Hayes noted that this slow-moving planet in Pisces will mean we have two choices: to escape into virtual worlds or use love and compassion to heal the real one. We presently see compassion in increased community service commitments, and in new forms of housing such as Housing for Humanity and multi-generational “villages.” But more often we “escape” by doing not-much on the Net, or making private scrapbooks, and playlists—even “ghosting” people we don’t like anymore by vanishing without answering their texts. Neptune also rules water, is in its element in Pisces, and water—deluge or drought—now makes the news every day. In case we need a stronger indicator than a planet that’s millions of miles away, consider Hurricane Harvey that has paralyzed the city of Houston, TX. 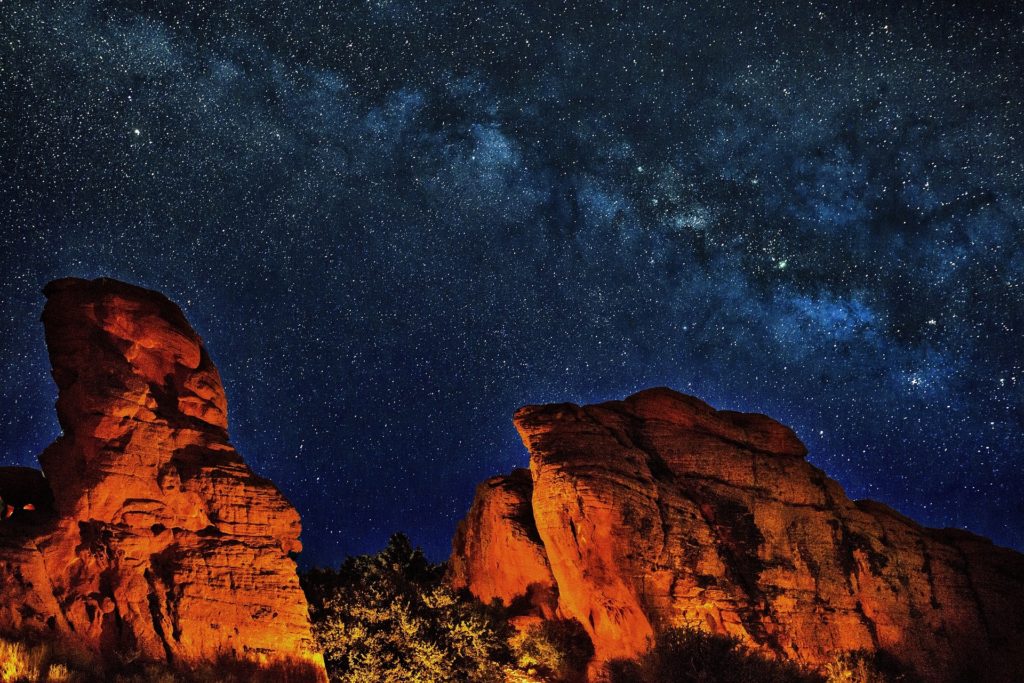 Like every other country, the U.S. has a natal chart just as a person does, most often set for 12 noon on July 4, 1776. That makes us a Cancer country with an Aquarius Moon and Sagittarius rising. Reading current events through astrology is called “mundane” (worldly) astrology. Google “political astrology” or “mundane astrology” to learn more.

You will find online many interpretations of what the planetary shifts mean for the U.S.A., but even the least sophisticated astrological sources agree that the U.S. is in a severe testing period and when it emerges about 80 years from now, freshly committed to liberty and justice, it will be a very different place.